The Australian white ibis (Threskiornis molucca) is a wading bird of the ibis family, Threskiornithidae. It is widespread across much of Australia. It has a predominantly white plumage with a bare, black head, long downcurved bill and black legs. Its sister species is the sacred ibis.

Historically rare in urban areas, the Australian white ibis has migrated to urban areas of the east coast in increasing numbers since the late 1970s; it is now commonly seen in Wollongong, Sydney, Melbourne, the Gold Coast, Brisbane and Townsville. In recent years the bird has also become increasingly common in Perth, Western Australia, and surrounding towns in south-western Australia. Populations have disappeared from natural breeding areas such as the Macquarie Marshes in north-western New South Wales.

Management plans have been introduced to control problematic urban populations in Sydney. From its habit of rummaging in garbage, the species has acquired a variety of colloquial names such as "tip turkey" and "bin chicken." It is known as mardungurra among the Yindjibarndi people of the central and western Pilbara.

The pond is looking a little dry as we have had little rainfall this Autumn. Some rain predicted for this week, so we may see the pond getting topped up! 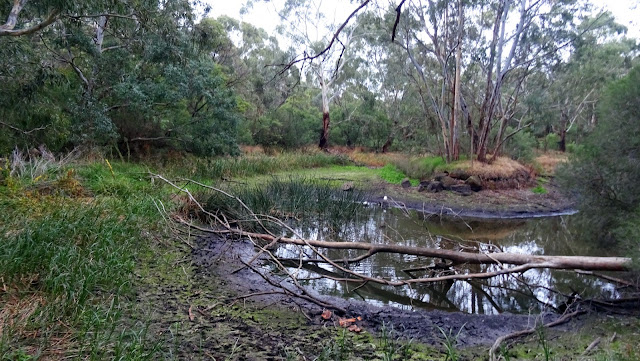 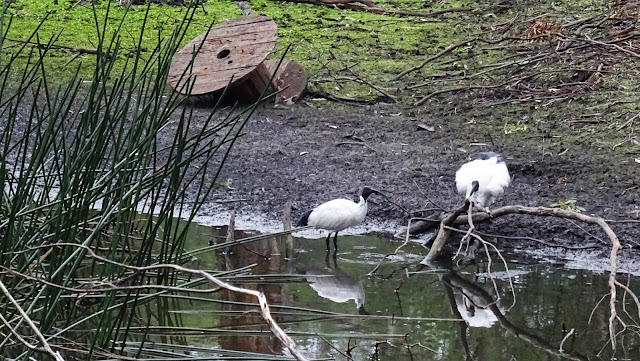 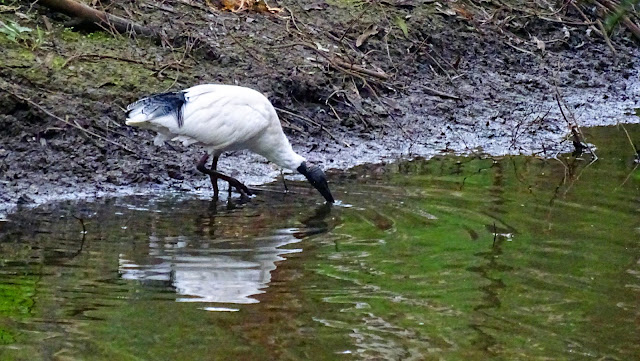 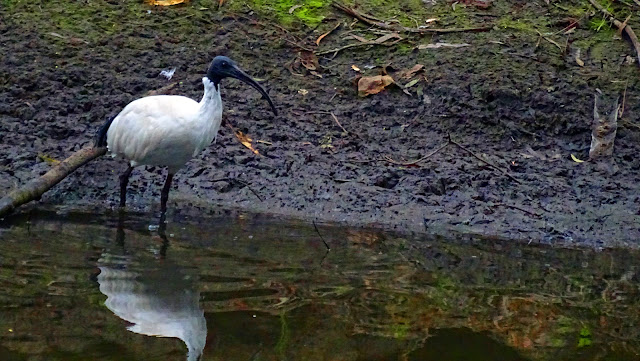 Posted by Melbourne Australia Photos at 17:05