The pied currawong (Strepera graculina) is a medium-sized black passerine bird native to eastern Australia and Lord Howe Island. One of three currawong species in the genus Strepera, it is closely related to the butcherbirds and Australian magpie of the family Artamidae. Six subspecies are recognised.

It is a robust crow-like bird averaging around 48 cm in length, black or sooty grey-black in plumage with white undertail and wing patches, yellow irises, and a heavy bill. The male and female are similar in appearance. Known for its melodious calls, the species' name currawong is believed to be of indigenous origin. Within its range, the pied currawong is generally sedentary, although populations at higher altitudes relocate to lower areas during the cooler months.

It is omnivorous, with a diet that includes a wide variety of berries and seeds, invertebrates, bird eggs and juvenile birds. It is a predator which has adapted well to urbanisation and can be found in parks and gardens as well as rural woodland. The habitat includes all kinds of forested areas, although mature forests are preferred for breeding. Roosting, nesting and the bulk of foraging take place in trees, in contrast with the ground-foraging behaviour of its relative, the Australian magpie. Here it is seen in suburban Melbourne, in the Darebin Parklands in Fairfield. 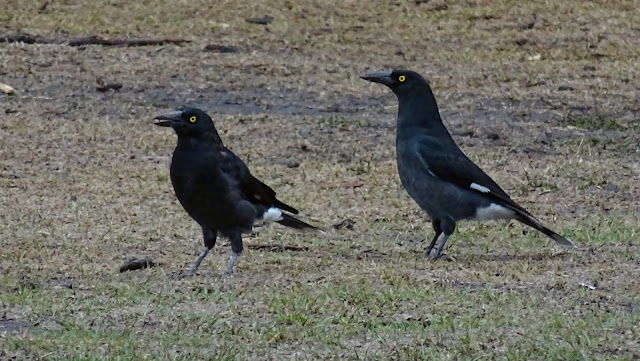 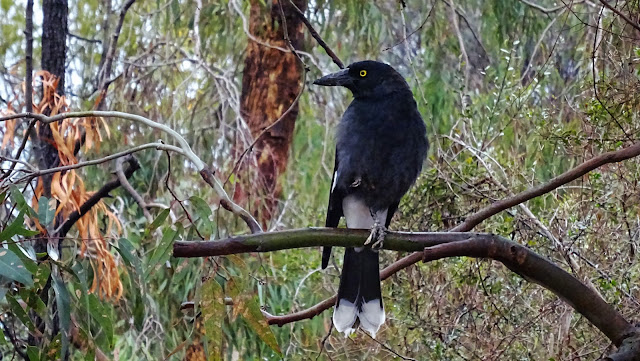 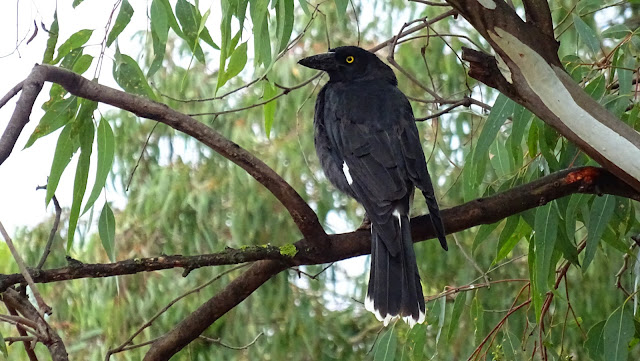 Here is the song of the currawong:

Posted by Melbourne Australia Photos at 17:01