The hardhead (Aythya australis), also White-eyed duck, is the only true diving duck found in Australia. Hardheads are common in the south-east of Australia, particularly in the Murray-Darling Basin, but also in the wetter country near the coasts. They are moderately nomadic in normal years, but disperse widely in times of drought. Significant numbers reach as far afield as New Guinea, New Zealand, and the islands of the Pacific, where they can remain for some time, even breeding for a season or two.

Like the other members of the pochard group, hardheads feed by diving deeply, often staying submerged for as long as a minute at a time. They slip under the water with barely a ripple, simply lowering their heads and thrusting with their powerful webbed feet. They eat a broad range of small aquatic creatures, and supplement this with water weeds. Hardheads prefer larger lakes, swamps and rivers with deep, still water, but are often seen in smaller streams, flooded grasslands, and shallow pools. As a general rule, they avoid coastal waters. They rarely come to land and never perch in trees.

Hardheads are small by duck standards, usually not much more than 45 cm long but reaching 60 cm sometimes, and noticeably more rounded in overall form than most ducks. Both male and female are a fairly uniform chocolate-brown above, with rufous flanks and white undersides (which are often not visible if the duck is in the water). The trailing edges and almost the entire underside of the wings are white. In the male, the eyes are a striking white, in the female, brown.

These were sighted in the Darebin Parklands during the very wet weather and flooding we saw in the area lately. I do not see these birds at this location commonly, so it is the flooded areas that must have attracted them here. They certainly seemed to be enjoying the rain! 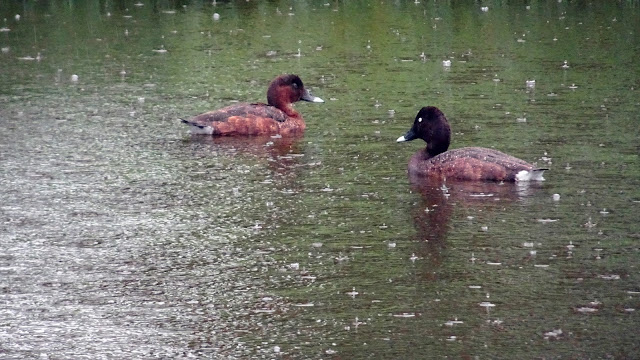 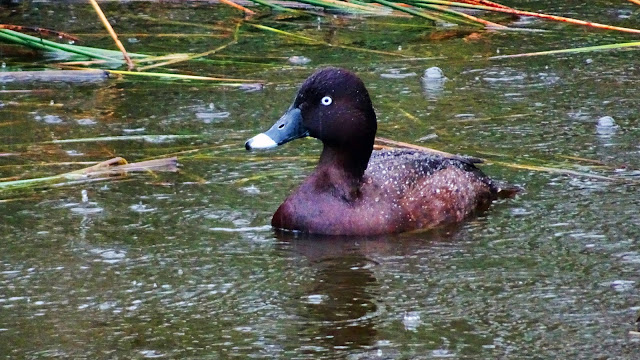 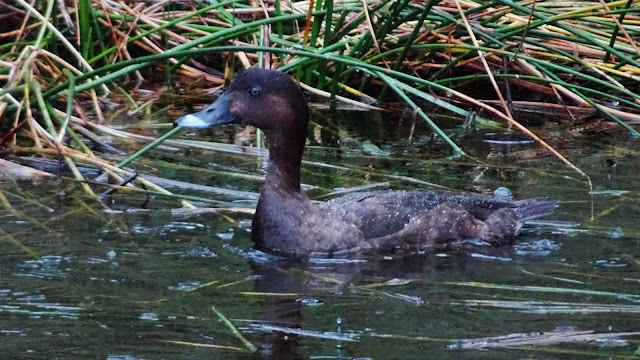 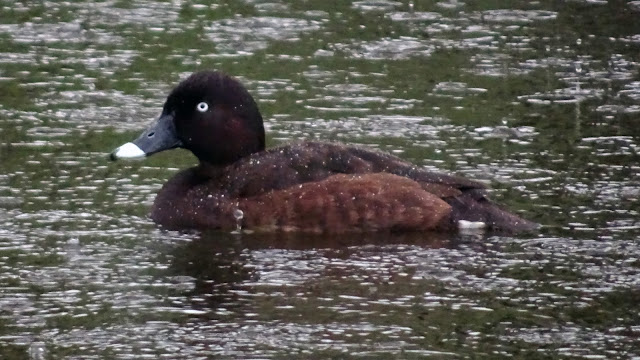