Whatever time of the year you visit Melbourne, there is always something going on. Whether it's a sporting event, a cultural do, a gastronomic delight, fun and games, a musical show, theatre, art exhibition, it's all happening pretty much all of the time. This is one of the advantages of living in a big metropolitan centre, especially one that prides itself as the cultural and sporting capital of Australia.

A few weeks ago we had the Melbourne Food and Wine Festival and these eccentric ladies were entertaining the crowds by the Yarra River. 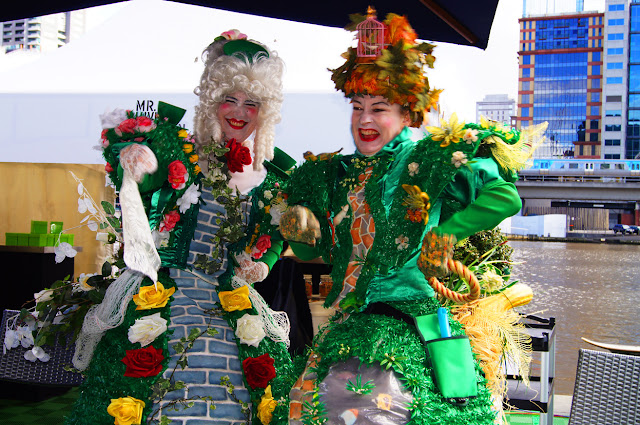 This post is part of the Challenge Walk In The Street meme.

More of my photos from Hanoi can be found here and here, and from Ha Long Bay here. 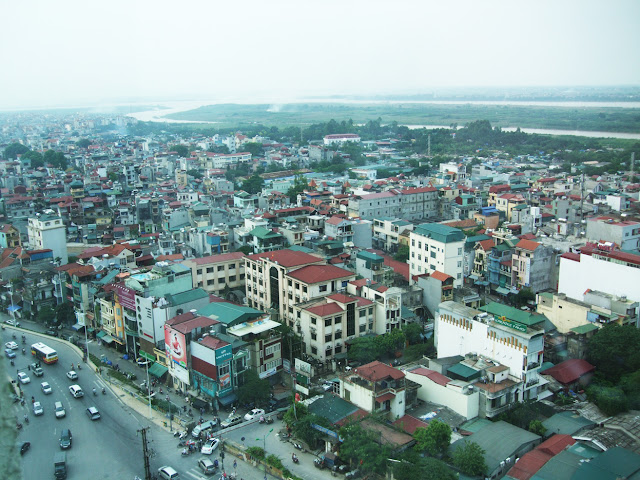 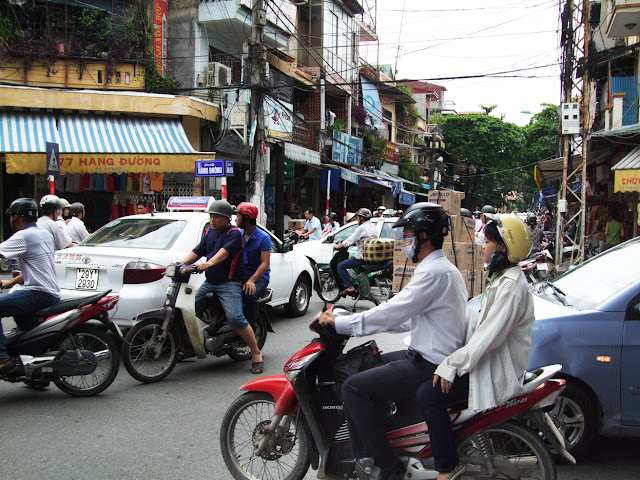 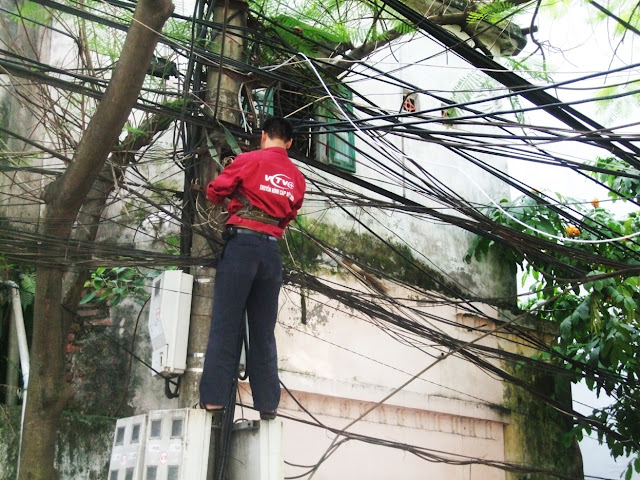 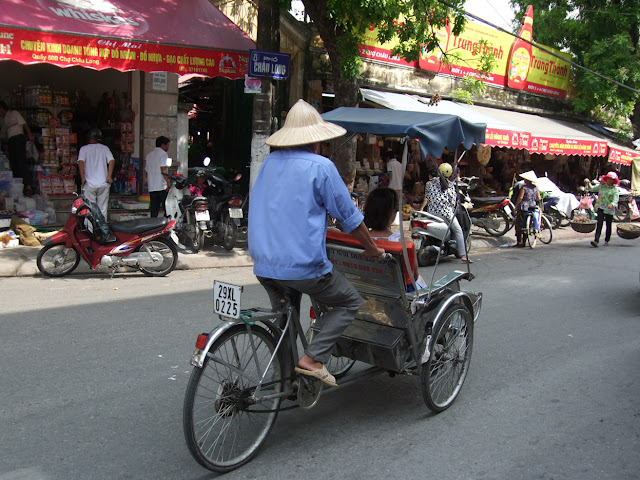 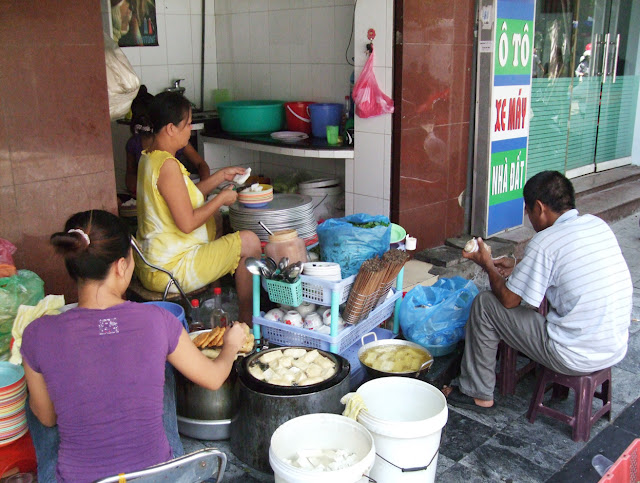 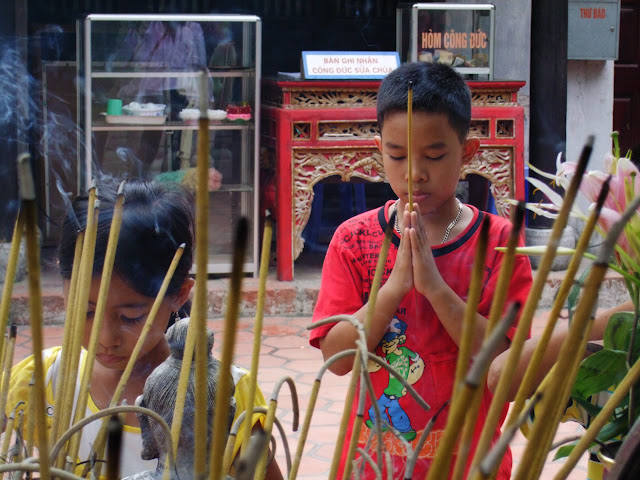 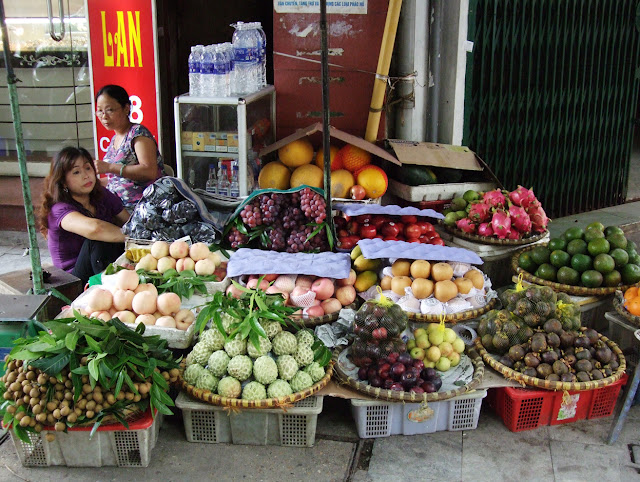 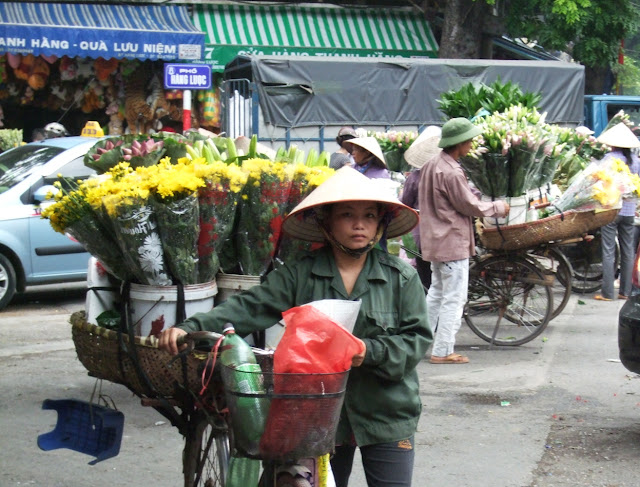 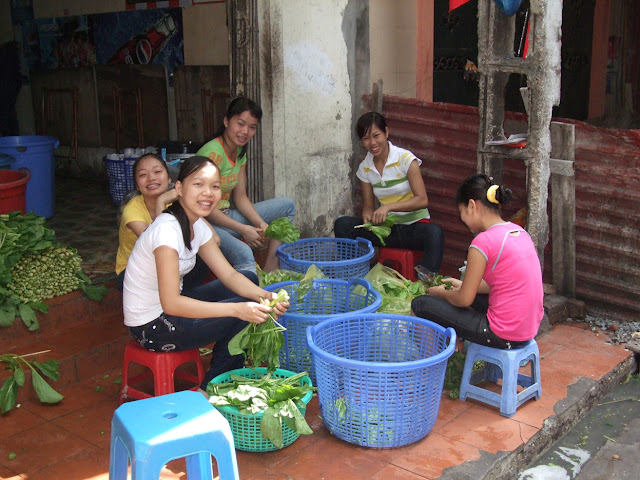 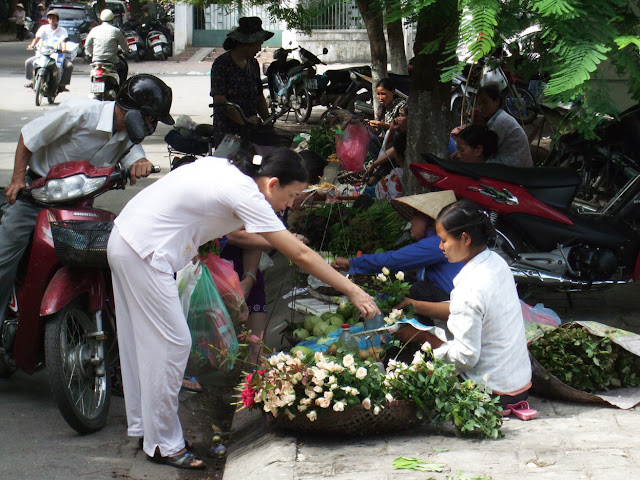 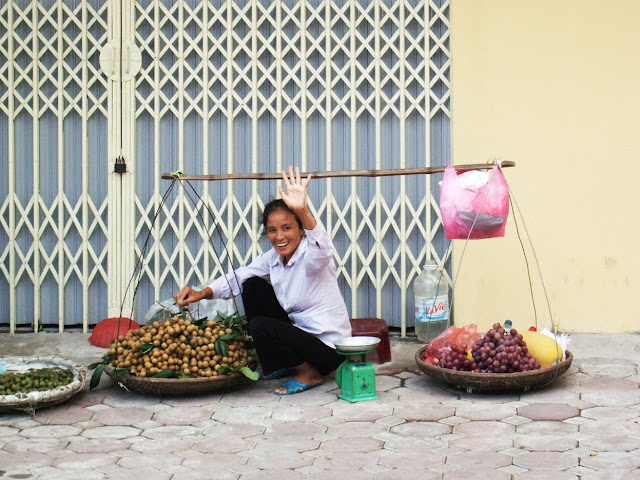 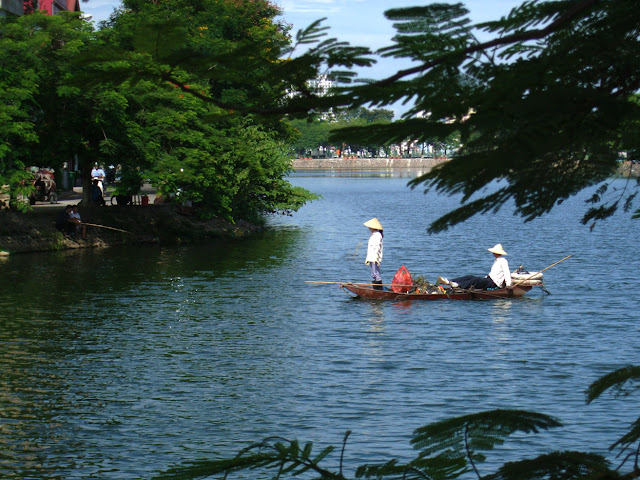 After European settlement in the region, the range was used as a main source of timber for Melbourne. The ranges were popular with day-trippers from the 1870s onwards. Much of the Dandenongs were protected by parklands as early as 1882 and by 1987 these parklands were amalgamated to form the Dandenong Ranges National Park, which was added to again in 1997. The range experiences light to moderate snow falls a few times most years, frequently between late winter and late spring.

Today, the Dandenongs are home to over 100,000 residents and the area is popular amongst visitors, many of which stay for the weekend at the various Bed & Breakfasts through the region. The popular Puffing Billy Railway, a heritage steam railway, runs through the southern parts of the Dandenongs.

This post is part of Pat's Things in a Row meme. 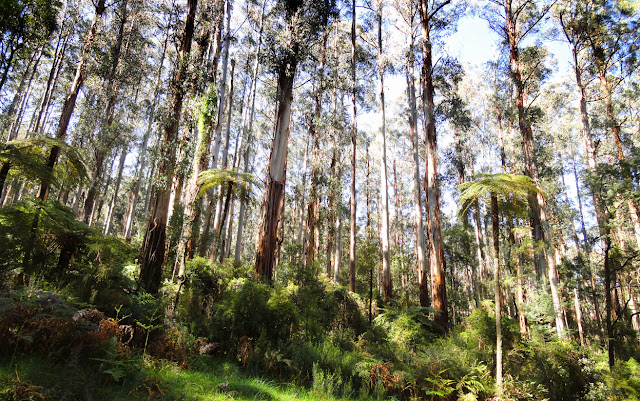 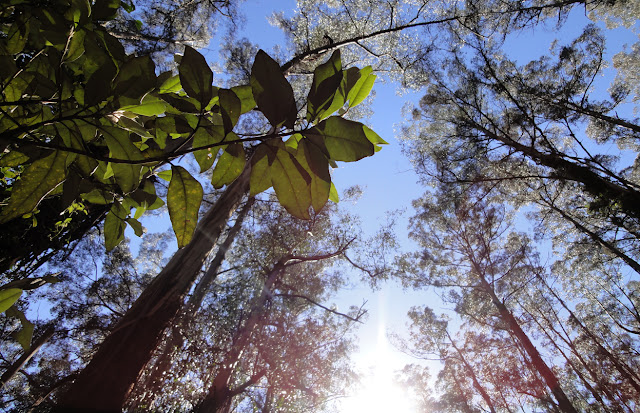 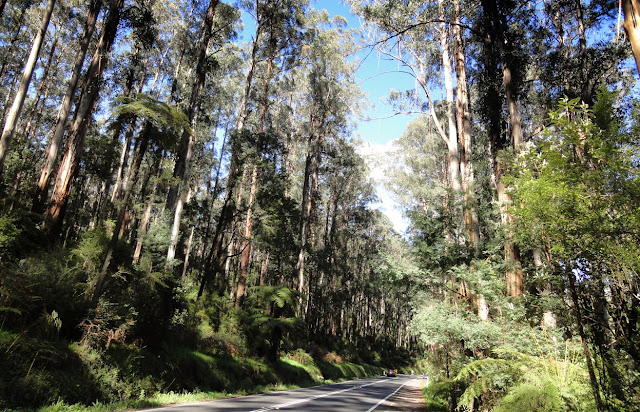 The fountain's water
Plays catch with fish and flower;
Competes with first rain. 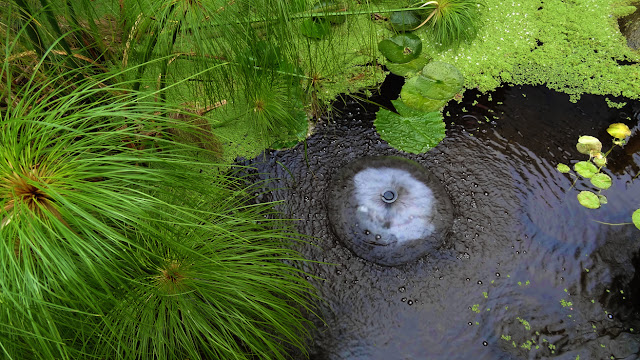 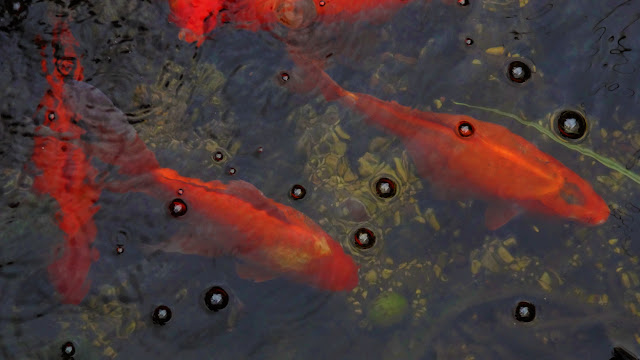 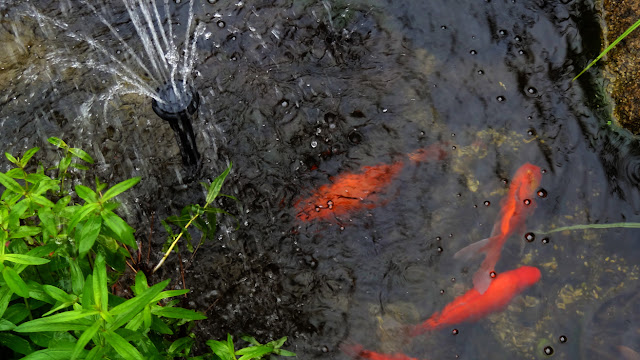 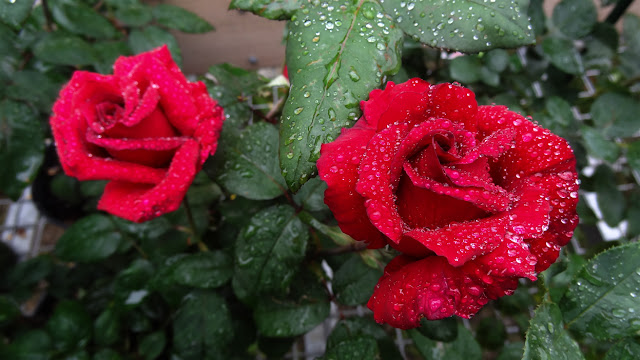 The Mausoleum of Galla Placidia is a Roman building in Ravenna, Italy. It was listed with seven other structures in Ravenna in the World Heritage List in 1996. The UNESCO experts describe it as "the earliest and best preserved of all mosaic monuments, and at the same time one of the most artistically perfect". The mausoleum is laid out in a Greek cross plan with a central dome on pendentives and barrel vaults over the four transepts. The exterior of the dome is enclosed in a square tower that rises above the gabled lateral wings. The brick surface is set with narrow mortar joints and decorated with blind arcades.

The building was formerly the oratory of the Church of the Holy Cross and now contains three sarcophagi. The largest was thought to contain the remains of Galla Placidia (died 450), daughter of the Roman Emperor Theodosius I. Her embalmed body was reportedly deposited there in a sitting position, clothed with the imperial mantle. In 1577, however, the contents of the sarcophagus were accidentally burned. The sarcophagus to the right is attributed to Galla's son, Emperor Valentinian III, or to her brother, Emperor Honorius. The one on the left is attributed to her husband, Emperor Constantius III.

It is surmised that the structure was built by Galla Placidia, who was a well-known patron of the arts, to be used as a mausoleum for her and her family. There seems to be no evidence to prove or disprove Galla’s connection to the building. The mausoleum was once connected to the narthex of Santa Croce, the church for the imperial palace, built in 417 but now in ruins. Santa Croce was one of the first buildings commissioned by Galla. The floor has been raised by five feet since the fifth century in order to remain above the rising water along the upper Adriatic coast.


This post is part of Julie's Taphophile Tragics meme.
Posted by Melbourne Australia Photos at 03:23 11 comments: 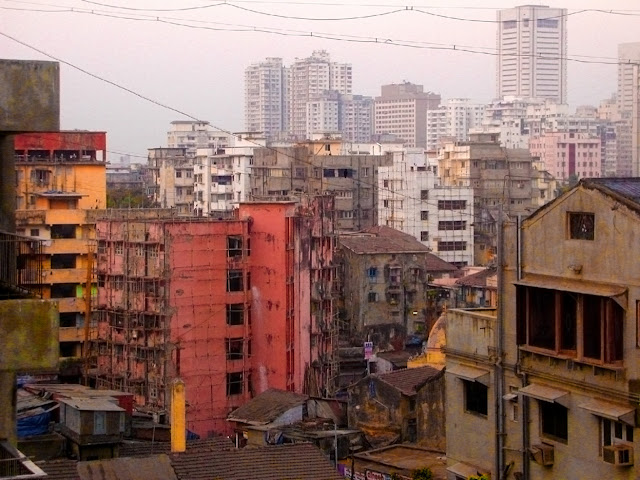 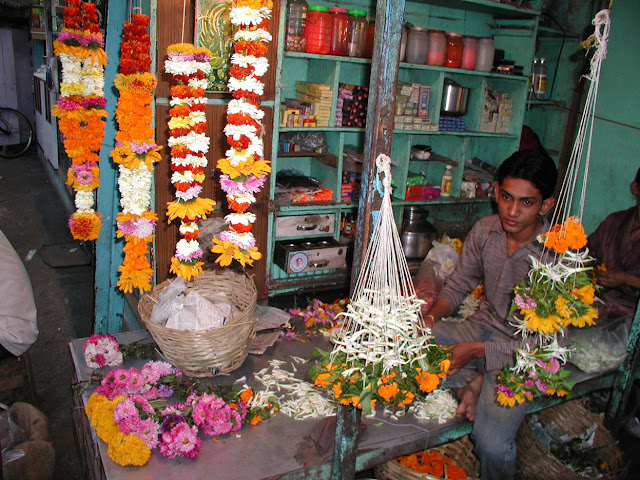 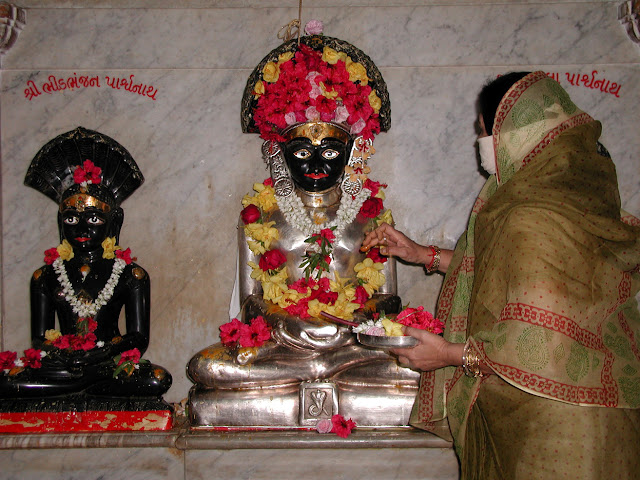 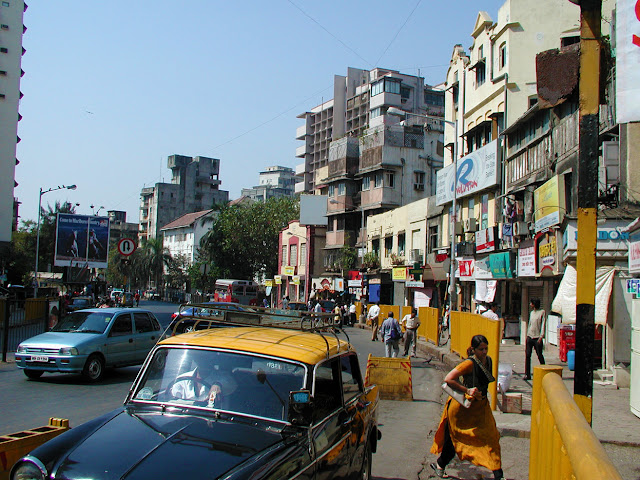 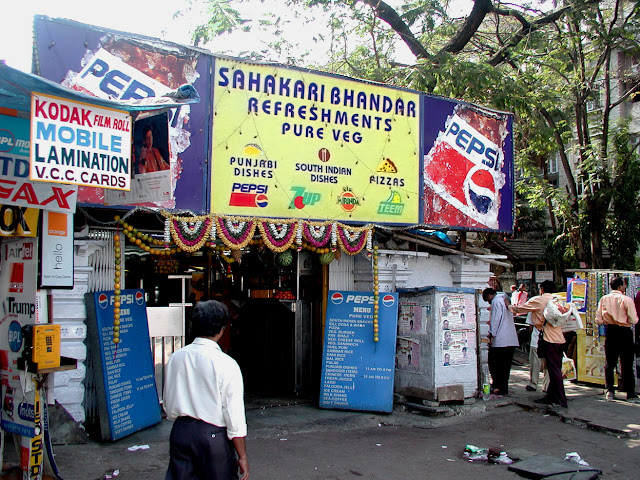 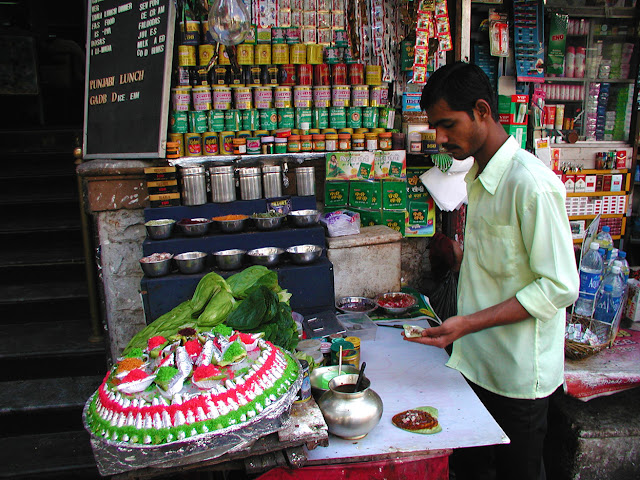 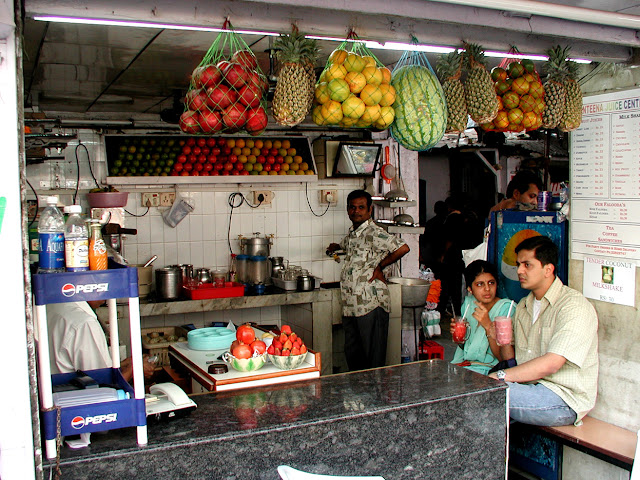 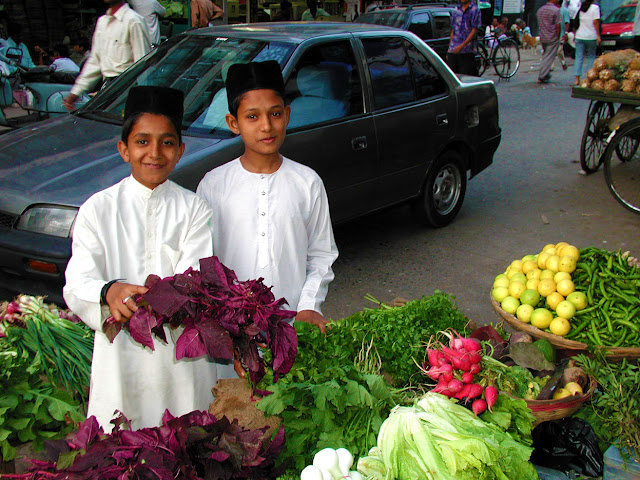 BRIDGES ON THE YARRA

The Queens Bridge is a historic road bridge over the Yarra River in Melbourne, Australia. The bridge was built in 1889 and has five wrought iron plate girder spans, and is listed on the Victorian Heritage Register. The bridge was built by contractor David Munro, and replaced a timber footbridge built in 1860. The bridge is a very flat arch, and has five spans constructed of wrought iron plate girders. The bridge rests on iron cylinders filled with concrete, in groups of eight, with arched bracing between. It connects Market Street and William Street on the north bank to Queensbridge Street to the south. Trams on route 55 also cross the bridge.
The Sandridge Bridge is a historic former railway bridge over the Yarra River in Melbourne, Australia, which has been redeveloped in 2006 as a new pedestrian and cycle path featuring public art. It is the third bridge on the site and is listed on the Victorian Heritage Register. The bridge is 178.4 metres long and is made up of five spans, measuring in length, from the south bank to the north bank: 36.9 metres.
This post is part of Louis' Sunday Bridges meme,
and also part of the Scenic Sunday meme.
Posted by Melbourne Australia Photos at 15:48 7 comments: