It is distinguished from the common bluebell by its paler, larger blue flowers, more erect flower stem (raceme), broader leaves, blue anthers (where the common bluebell has creamy-white ones) and little or no scent compared to the strong fragrant scent of the northern species. The Spanish bluebell is also cultivated as a garden plant, and several named cultivars exist with flowers in various shades of white, pink and blue.

I've processed the photo in Photoshop using a variety of filters to give it a slightly painterly look. 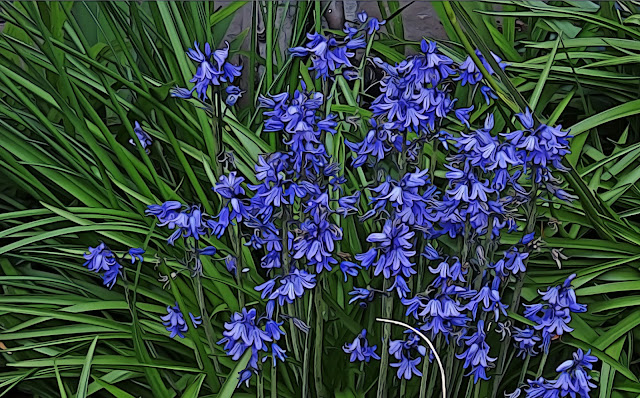 Posted by Melbourne Australia Photos at 17:57