Heidelberg is a city situated on the River Neckar in south-west Germany. The fifth-largest town in the State of Baden-Württemberg after Stuttgart, Karlsruhe, Mannheim and Freiburg im Breisgau, Heidelberg is part of the densely populated Rhine-Neckar Metropolitan Region. In 2011, over 149,000 people lived in the city. A former residence of the Electorate of the Palatinate, Heidelberg is the location of Heidelberg University, well known far beyond Germany's borders.

Heidelberg is a popular tourist destination due to its romantic and picturesque cityscape, including Heidelberg Castle and the baroque style Old Town. The "old town" (German: Altstadt), on the south bank of the Neckar, is long and narrow. It is dominated by the ruins of Heidelberg Castle, 80 metres above the Neckar on the steep wooded slopes of the Königstuhl (King's chair or throne) hill. The Main Street (Hauptstrasse), a mile-long pedestrian street, running the length of the old town.

The old stone bridge was erected 1786–1788. A medieval bridge gate is on the side of the old town, and was originally part of the town wall. Baroque tower helmets were added as part of the erection of the stone bridge in 1788. The Church of the Holy Spirit (Heiliggeistkirche), a late Gothic church in the marketplace of the old town. The Karls‘ gate (Karlstor) is a triumphal arch in honour of the Prince Elector Karl Theodor, located at Heidelberg's east side. It was built 1775–1781 and designed by Nicolas de Pigage.

The house Zum Ritter Sankt Georg (Knight St. George) is one of the few buildings to survive the War of Succession. Standing across from the Church of the Holy Spirit, it was built in the style of the late Renaissance. It is named after the sculpture at the top. The Marstall (Stables), a 16th-century building on the Neckar that has served several purposes through its history. It is now a cafeteria for the university. 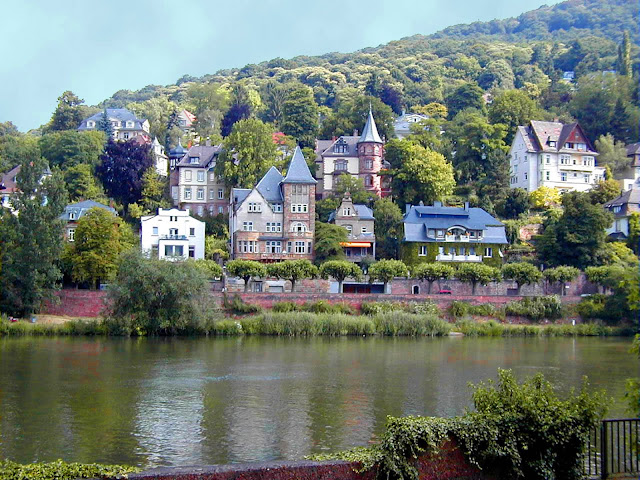 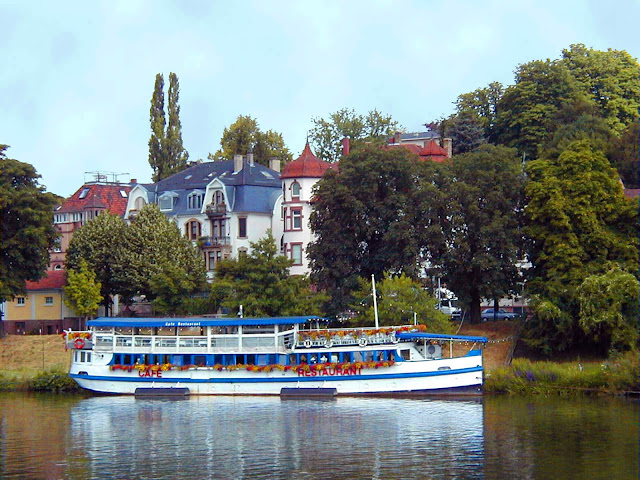 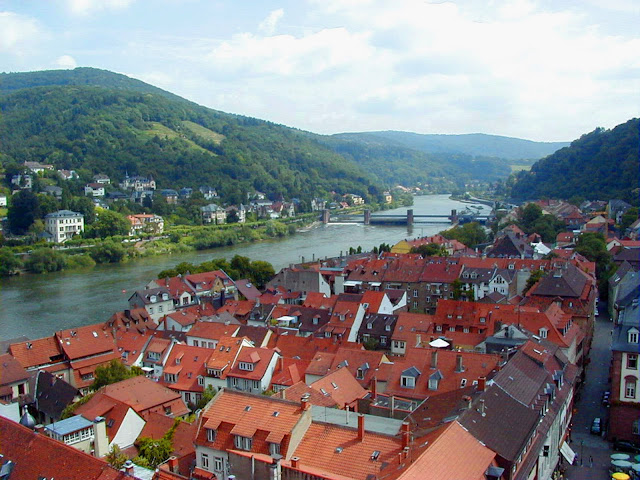 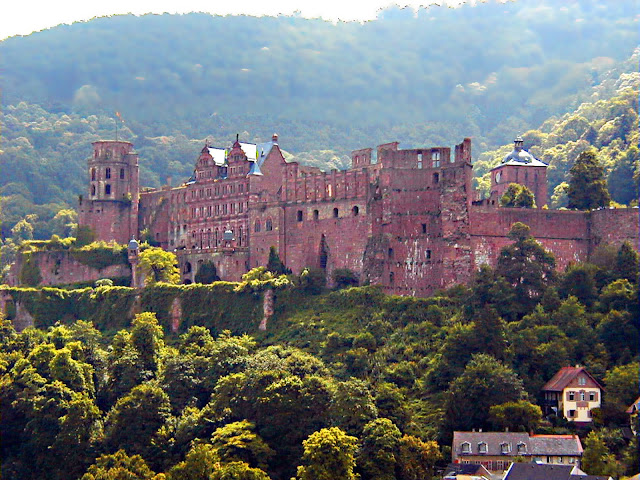 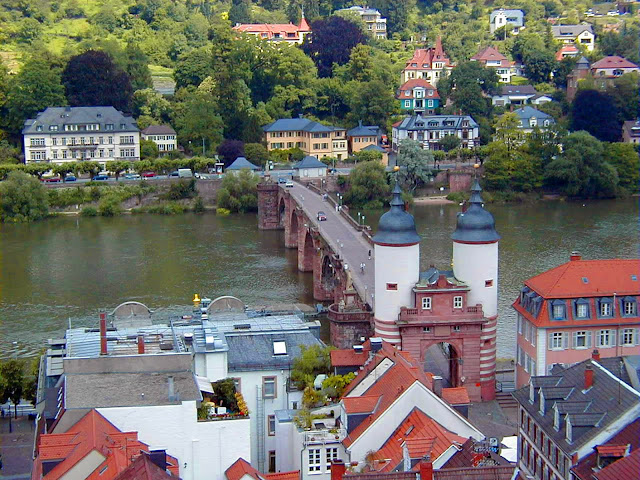 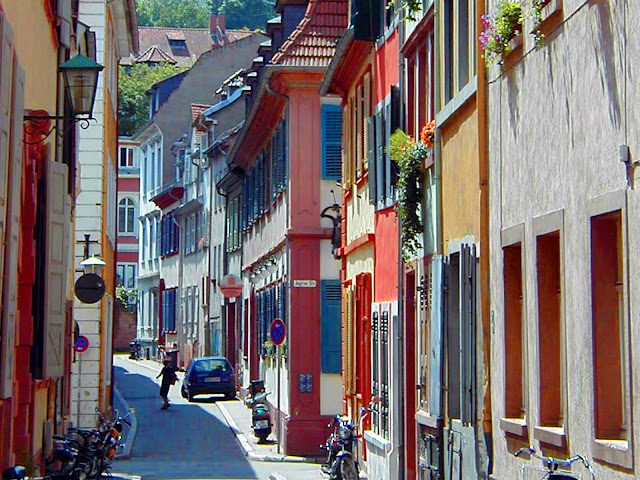 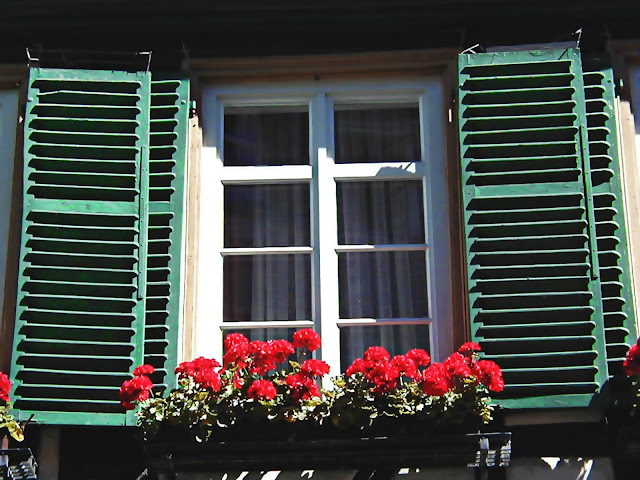 Posted by Melbourne Australia Photos at 16:51