Lipari (Italian pronunciation: [ˈliːpari], Sicilian: Lìpari, Latin: Lipara, Ancient Greek: Μελιγουνίς Meligounis or Λιπάρα Lipara) is the largest of the Aeolian Islands in the Tyrrhenian Sea off the northern coast of Sicily, southern Italy; it is also the name of the island's main town and comune, which is administratively part of the Metropolitan City of Messina. Its population is 12,734, but during the May to September tourist season, the total population may reach up to 20,000. 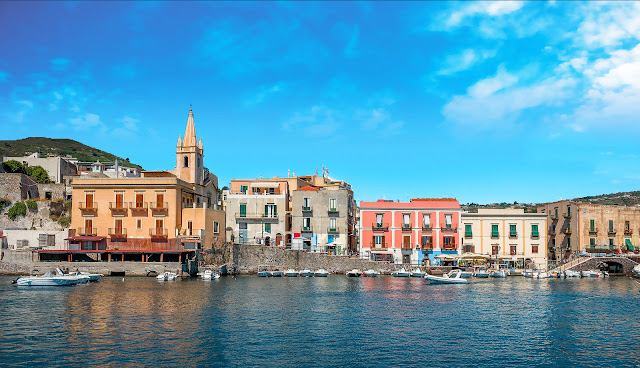