Syringa vulgaris (lilac or common lilac) is a species of flowering plant in the olive family Oleaceae, native to the Balkan Peninsula, where it grows on rocky hills. This species is widely cultivated as an ornamental and has been naturalised in other parts of Europe (including the United Kingdom, France, Germany, and Italy), as well as much of North America. It is not regarded as an aggressive species, found in the wild in widely scattered sites, usually in the vicinity of past or present human habitations.

Most garden plants of S. vulgaris are cultivars, the majority of which do not exceed 4–5 m tall. Between 1876 and 1927, the nurseryman Victor Lemoine of Nancy introduced over 153 named cultivars, many of which are considered classics and still in commerce today. Lemoine's "French lilacs" extended the limited colour range to include deeper, more saturated hues, and they also introduced double-flowered "sports", with the stamens replaced by extra petals. Illustrated here is the hybrid 'Agincourt Beauty' that grows in our garden. 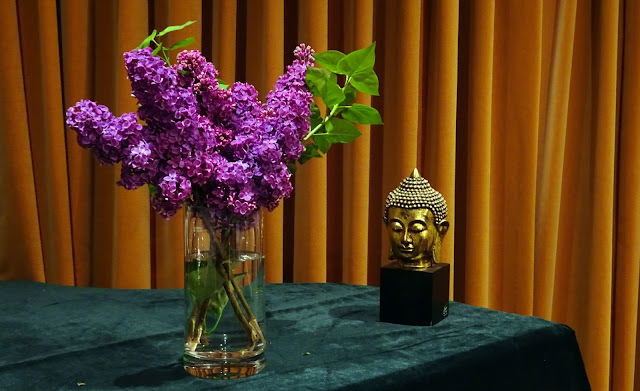