Princes Bridge (originally Prince's Bridge), is an important bridge in central Melbourne, Australia that spans the Yarra River. It is built on the site of one of the oldest river crossings in Australia. The bridge connects Swanston Street on the north bank of the Yarra River to St Kilda Road on the south bank, and carries road, tram and pedestrian traffic. The present bridge was built in 1888 and is listed on the Victorian Heritage Register. Because of its position, Princes Bridge is often a focal point for celebratory events in Melbourne such as the Moomba Festival, New Years Eve and many celebrations taking place on the Yarra River where it flows through the city.

This post is part of the Weekend Reflections meme. 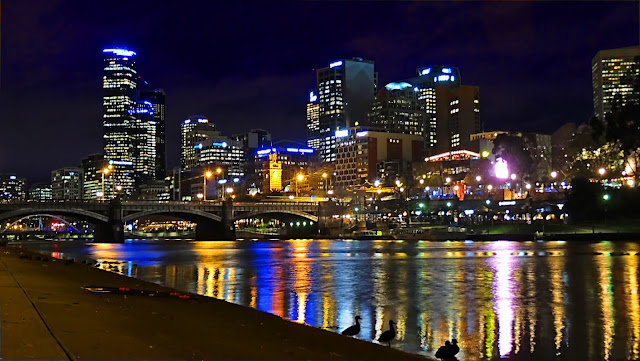