They were first described by botanists in 1759. The wild species blooms in white or yellow, and is hardy from USDA Zones 3a-10b. All parts of this plant are likely to be poisonous, containing (like all poppies) toxic alkaloids. In particular, P. nudicaule has been shown to contain the benzophenanthidine alkaloid, chelidonine. 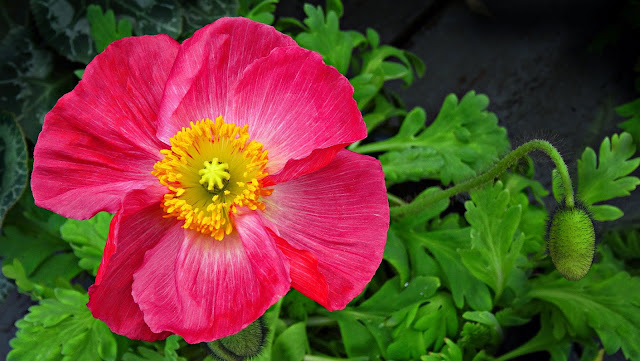 Posted by Melbourne Australia Photos at 16:19