Tsar Peter the Great founded Saint Petersburg on May 27 [O.S. 16] 1703. Between 1713–1728 and 1732–1918, Saint Petersburg was the imperial capital of Russia. In 1918, the central government bodies moved to Moscow. It is Russia’s second-largest city after Moscow, with five million inhabitants in 2012, and an important Russian port on the Baltic Sea. Saint Petersburg is the most Westernised city of Russia, as well as its cultural capital. It is the northernmost city in the world with a population of over one million.The Historic Centre of Saint Petersburg and Related Groups of Monuments constitute a UNESCO World Heritage Site. Saint Petersburg is home to The Hermitage, one of the largest art museums in the world. A large number of foreign consulates, international corporations, banks, and businesses have offices in Saint Petersburg.

We visited St Petersburg in 2001 and thoroughly enjoyed it, seeing an amazing number of significant sites, museums, historical and cultural areas. The people we met were courteous, helpful and friendly.

The church was built between 1883 and 1907. The construction was funded by the imperial family.Architecturally, the Cathedral differs from St. Petersburg’s other structures. The city’s architecture is predominantly Baroque and Neoclassical, but the Saviour on Blood harks back to medieval Russian architecture in the spirit of romantic nationalism. It intentionally resembles the 17th-century Yaroslavl churches and the celebrated St. Basil’s Cathedral in Moscow. 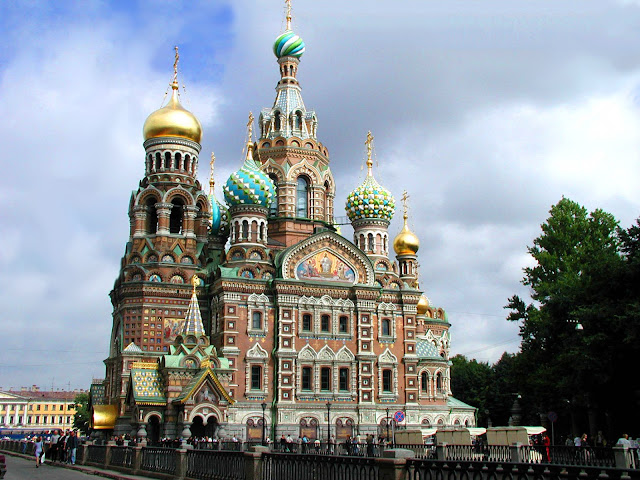 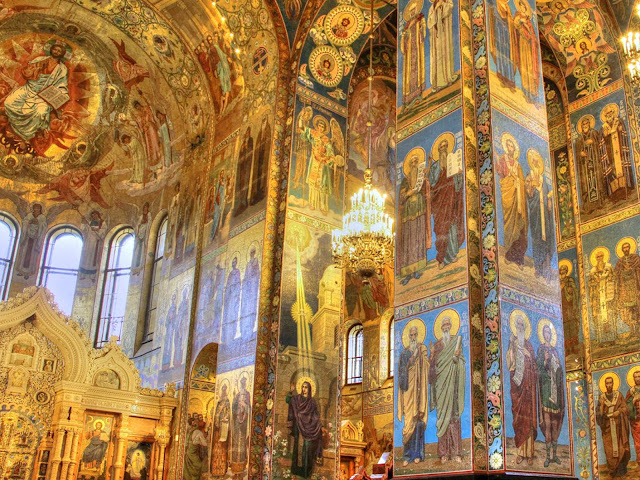 Posted by Melbourne Australia Photos at 10:21