The red-rumped parrot (Psephotus haematonotus), also known as the red-backed parrot or grass parrot, is a common bird of south-eastern Australia, particularly in the Murray-Darling Basin. The red-rumped parrot was described by John Gould in 1838 as Platycercus haematonotus from a specimen collected in New South Wales. He felt it was intermediate between the genera Platycercus and Nanodes, placing it in the former. He gave it its species name on account of its red rump.

It is the type species for the genus Psephotus. It was long presumed to be closely related to the mulga parrot, however analysis of multiple genetic material shows it to be an early offshoot of a group containing the genera Platycercus and Barnardius. Hence all other species in the genus have been moved to the new genus Psephotellus, leaving the red-rumped parrot as the sole member in the now monotypic genus.

The IOC has designated red-rumped parrot as its official common name. It is also known as red-backed parrot and grass parrot. Red-rumped parrots are slim, moderate-sized parrots approximately 28 cm in length. The male's plumage is a bright emerald-green with yellow underparts, a brick-red rump and blue highlights on the wings and upper back. The female's plumage is less vibrant, with pale olive underparts, dull green wings and back and blue-black wingtips. The characteristic red rump is only found in the male. 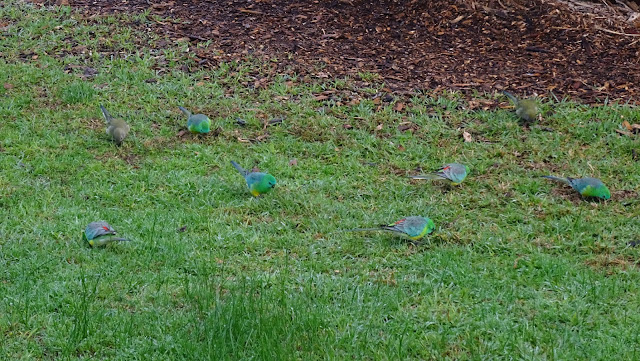 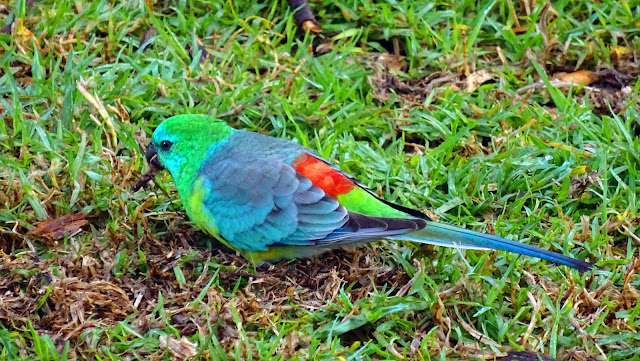 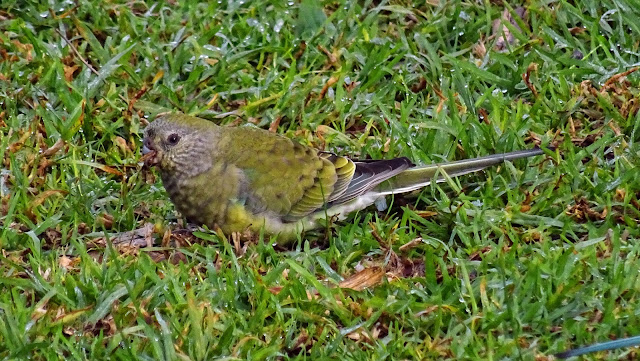 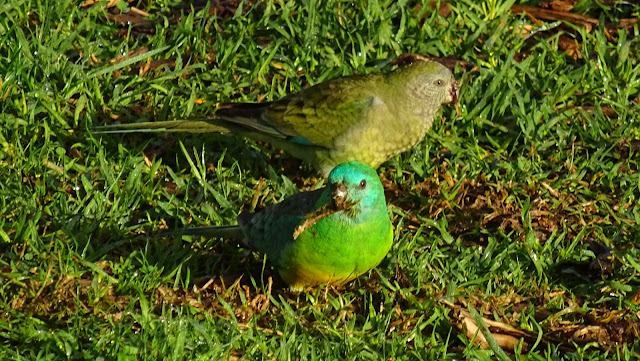 Posted by Melbourne Australia Photos at 16:54