The Australian white ibis (Threskiornis moluccus) is a wading bird of the ibis family, Threskiornithidae. It is widespread across much of Australia. Read more here.

The Pacific baza (Aviceda subcristata) also known as the crested hawk, is a slender, medium-sized hawk with a distinctive crest. Its upperside is mainly dark brown, with a grey head and yellow eyes. It is conspicuously barred white and dark brown on the breast and on the underside of the tail and flight feathers. Females are slightly larger than males. It is found in coastal and subcoastal areas of northern and eastern Australia, Wallacea, New Guinea and adjacent islands.

The Pacific baza has a distinctive hunting behaviour. When potential food is spotted in the treetops from above, the Pacific baza lifts its wings into a distinctive Vee shape and dives briskly into the canopy to devour its prey. It feeds on stick insects (especially when breeding) as well as other large insects, tree frogs, lizards, small birds and fruit. It nests high in forest and woodland trees, with a clutch size of 2-4. 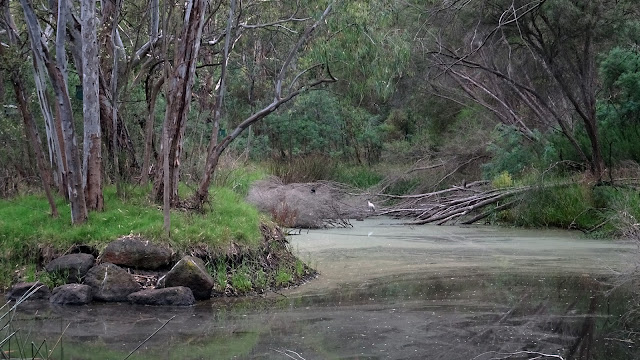 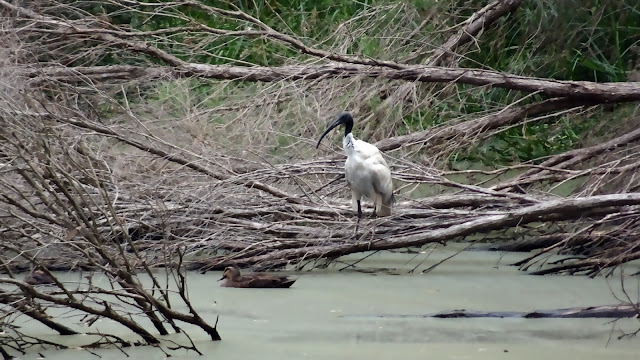 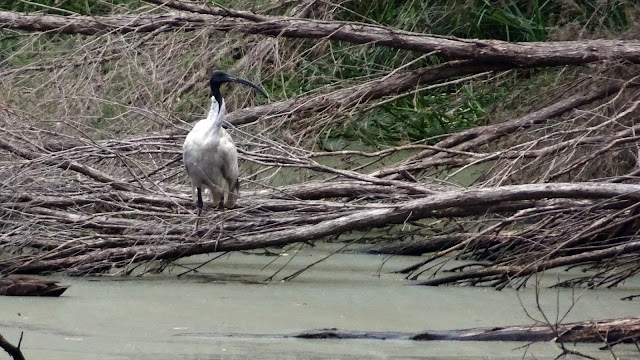 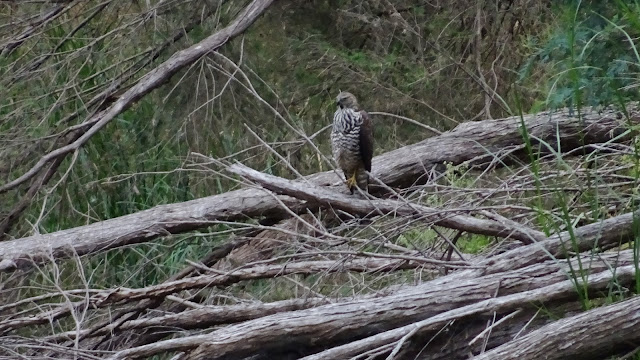 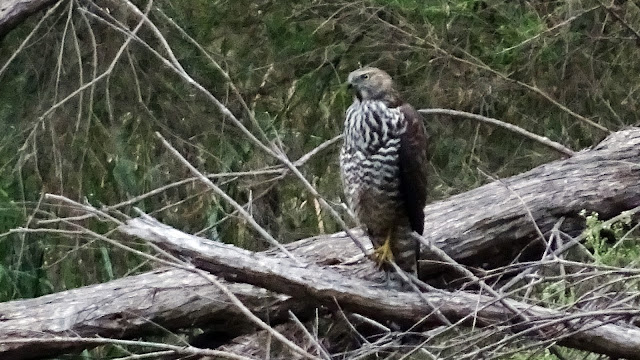 Posted by Melbourne Australia Photos at 16:22