Indigo is a deep and rich colour close to the colour wheel blue (a primary colour in the RGB colour space), as well as to some variants of ultramarine. It is traditionally regarded as a colour in the visible spectrum, as well as one of the seven colours of the rainbow, the colour between violet and blue; however, sources differ as to its actual position in the electromagnetic spectrum.

The colour indigo is named after the indigo dye derived from the plant Indigofera tinctoria and related species. The first known recorded use of indigo as a colour name in English was in 1289. Historically, the term indigo was only applied to the natural dye extracted from the leaves of certain plants, and this process was important economically because blue dyes were once rare. A large percentage of indigo dye produced today, several thousand tonnes each year, is synthetic. It is the blue often associated with denim cloth and blue jeans. Natural indigo is still available and is used in artisanal dying. 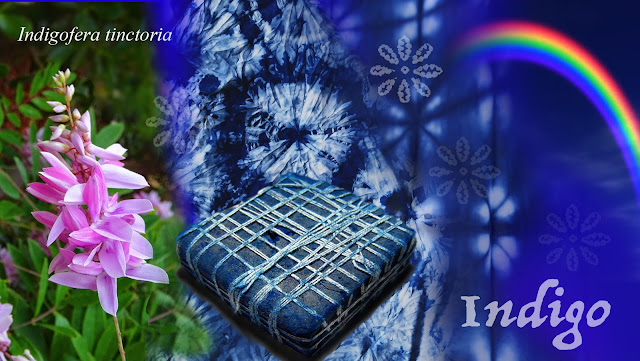 Posted by Melbourne Australia Photos at 18:28