Dunkirk (French: Dunkerque, Dutch: Duinkerke) is a town in the region of Nord-Pas de Calais in France. The name Dunkirk derives from West Flemish "dun" (Dune) and "Kerke" (Church), i.e. "The Church on the Dunes". Dunkirk is a small town in the northernmost tip of France. It is very close to the border with Belgium and is actually located on the shores of the North Sea. Dunkirk has a wide variety of tourist attractions including beaches, architectural and historical sites, festivals, cafes with live music, a theatre, a conference centre, museums, cinemas and its Carnival. Seven hundred hectares of dunes, 15 kilometres of beaches, and a recognised sailing resort make the Flanders coast an increasingly popular seaside resort for tourists who can find quality activities and entertainment all year round.

A history enthusiast after having visited the Dunkirk War Museum and the Town Cemetery's War Memorial might want to head South-East to the In Flanders Fields Museum in Ieper, Belgium. The Museum which looks at the history of the First World War in the Western Flanders Front region. Both France and Belgium have abolished passport control under the Schengen Agreement, so moving between these countries is easy. Other locations worth visiting which are connected to the First World war is the The Museum of the Great War in Péronne, France and the Sommme 1916 Museum in Albert, also in France. 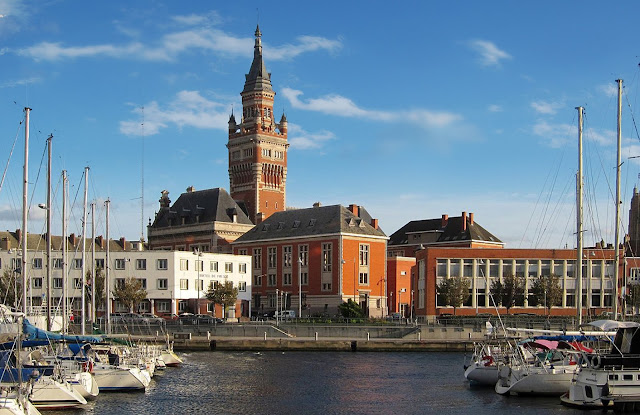