The loquat (Eriobotrya japonica) is a species of flowering plant in the family Rosaceae, native to south-central China. It is a large evergreen shrub or small tree, grown commercially for its yellow fruit, and also cultivated as an ornamental plant. Eriobotrya japonica was formerly thought to be closely related to the genus Mespilus, and is still sometimes known as the Japanese medlar. It is also known as Japanese plum and Chinese plum.

Loquats are unusual among fruit trees in that the flowers appear in the autumn or early winter, and the fruits are ripe in late winter or early spring. The flowers are 2 cm in diameter, white, with five petals, and produced in stiff panicles of three to ten flowers. The flowers have a sweet, heady aroma that can be smelled from a distance. These trees are currently in bloom in Melbourne.

Loquat fruits (last photo out of season included for information), growing in clusters, are oval, rounded or pear-shaped, 3–5 cm long, with a smooth or downy, yellow or orange, sometimes red-blushed skin. The succulent, tangy flesh is white, yellow or orange and sweet to subacid or acid, depending on the cultivar. Each fruit contains 2-3 large brown seeds. The skin, though thin, can be peeled off manually if the fruit is ripe. The fruits are the sweetest when soft and orange. The flavour is a mix of peach, citrus and mild mango. 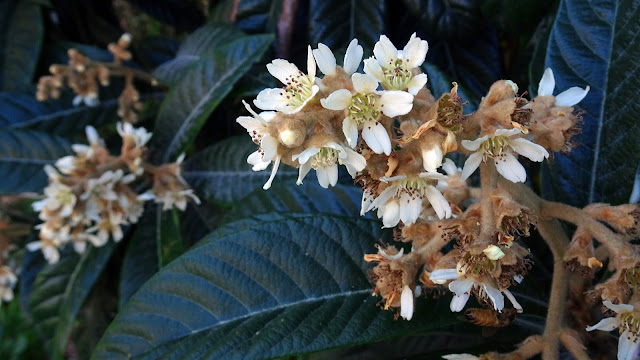 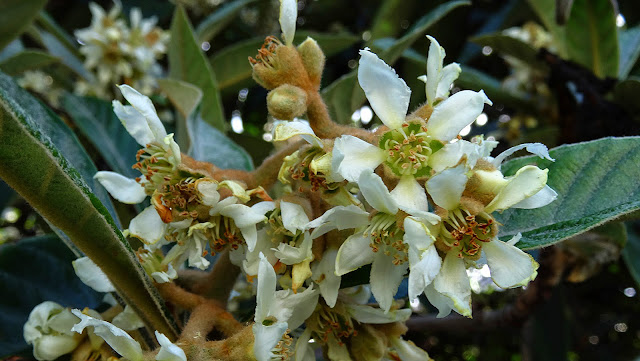 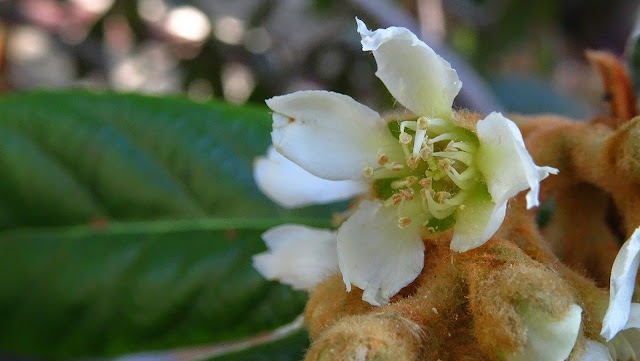 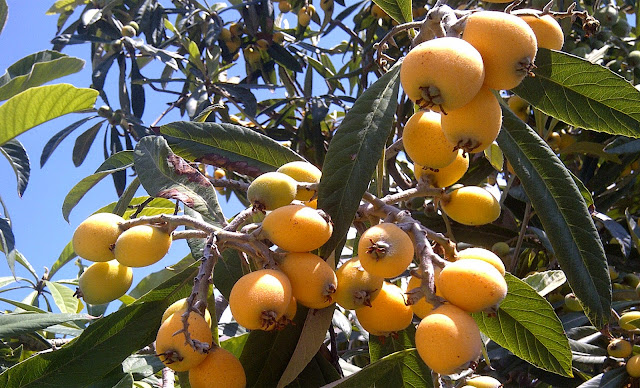 Posted by Melbourne Australia Photos at 18:04