St Mary's Star of the Sea Cathedral was opened in 1962, having been designed and built as a War Memorial Cathedral in the aftermath of the 2nd World War.   It is situated in the heart of Darwin, at 90 Smith Street, corner of McLachlan St, Darwin.  It is the seat of Most Rev Eugene Hurley, Bishop of the Diocese of Darwin.  Visitors are welcome to visit the Cathedral to attend Mass, to pray or to view the building and environs.

The idea of the War Memorial Cathedral in Darwin was actually first mooted by war troops stationed there after St. Mary's Church had been severely damaged in an air-raid in 1942.  The troops had a close affinity with St. Mary's while they were in Darwin.  Some of the Chaplains were MSCs and the troops worshipped at St. Mary's which was, and still is, the garrison Church.  As Darwin grew after the war, the need for a new St. Mary's became more evident.  Mr Ian Ferrier, of the firm J.P. Donoghue, Cusick and Edwards of Brisbane, designed the new building.  The first sod was turned on 16th December, 1957, and the foundation stone was blessed by Bishop O'Loughlin on 13th July, 1958.  This stone was cut from a piece of crystalline metamorphosed rock from Rum Jungle, the site of the first uranium mine in the Territory.  The stone shows extensive silification.

The Cathedral was blessed and opened by Bishop O'Loughlin on 19th August, 1962, and consecrated on 20th August, 1972.  It is dedicated as St. Mary's, Star of the Sea, and is the centre of the Church's activity in the Diocese of Darwin.  At the same time the Cathedral is a war memorial to those servicemen, Australian, American, British and Dutch, who lost their lives in the area during the war, and to the civilian residents who died in the war.  The memorial character is reflected in a series of stained glass panels in the west window donated by the Australian and American Armed forces, and depicting their respective emblems.

The lines of the Cathedral's contemporary neo-gothic design are majestic.  Special features are a series of parabolic arches, 16 metres high, and the extensive use of local sawn stone.  The white porcellanite stone was cut from the cliffs of Darwin Harbour in the Church's own quarry at Larrakeyah.  Apart from the walls, porcellanite was used in the baptismal font and pulpit.  The Cathedral is dominated at the main entrance by a 26 metre tower, topped by a cross 6 metres high.  The graceful tower sets off the building contours.  A spiral staircase gives access to a gallery at the top, commanding a panoramic view of the city of Darwin.  The roof of the Cathedral is copper.  Designed to meet local tropical needs, the entire length of both nave walls can be opened up by a series of glass panel doors.  Windows in the walls above provide further ventilation and are protected by the broad roofing overhang and concrete grille.


This post is part of the Sunday Psalms meme.

and also part of the Spiritual Sunday meme. 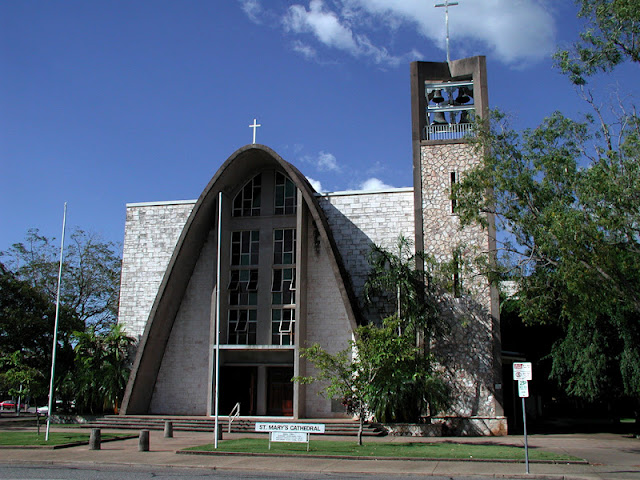 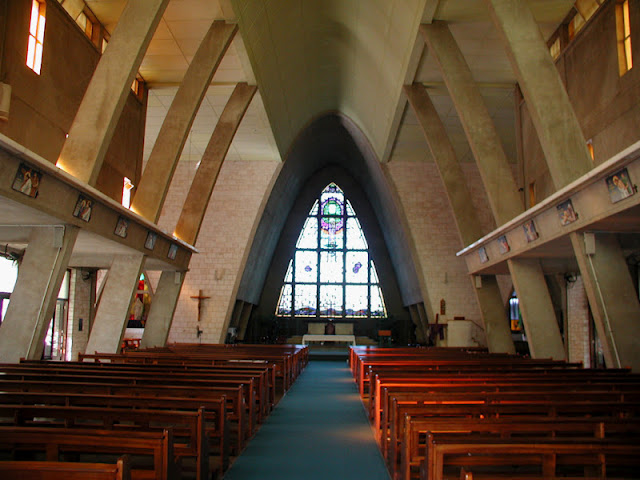 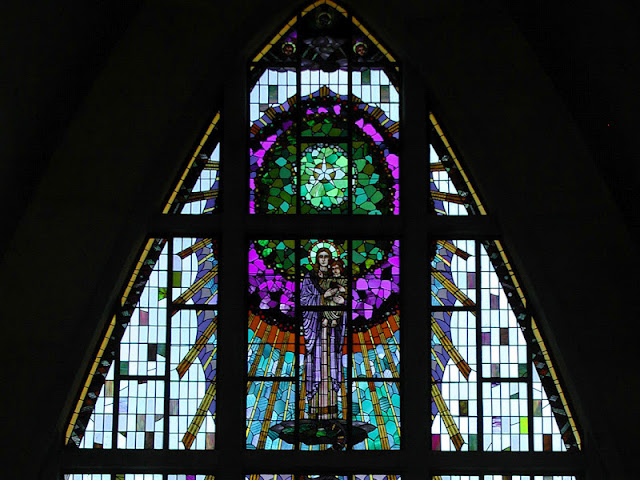 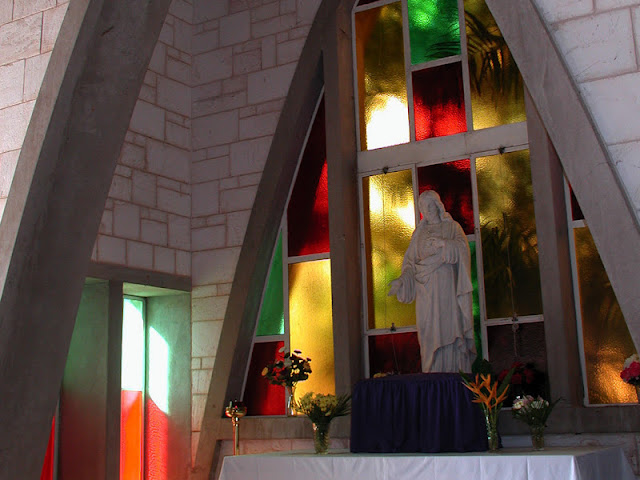 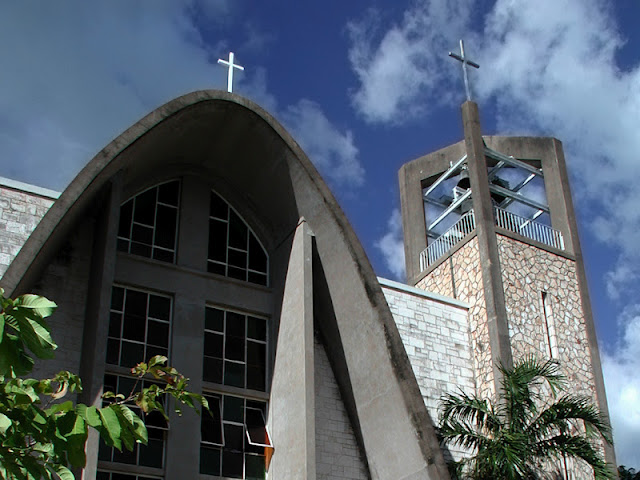 The music today is Barbara Bonney singing Franz Schubert's "Ave Maria" and accompanied by Geoffrey Parsons on the Piano.

Posted by Melbourne Australia Photos at 11:08