Jersey (officially the Bailiwick of Jersey), is a Crown dependency of the United Kingdom, ruled by the Crown in right of Jersey, off the coast of Normandy, France. Jersey was part of the Duchy of Normandy, whose dukes went on to become kings of England from 1066. After Normandy was lost by the kings of England in the 13th century, and the ducal title surrendered to France, Jersey and the other Channel Islands remained attached to the English crown. Jersey is a self-governing parliamentary democracy under a constitutional monarchy, with its own financial, legal and judicial systems, and the power of self-determination.

The Lieutenant Governor on the island is the personal representative of the Queen. British cultural influence on the island can also be seen with the main language being English, British pound currency, driving on the left, BBC and ITV regions, school curriculum following that of England, and the popularity of British sports, including football, cricket and rugby. The bailiwick consists of the island of Jersey, along with surrounding uninhabited islands and rocks collectively named Les Dirouilles, Les Écréhous, Les Minquiers, Les Pierres de Lecq, and other reefs. The island of Jersey is the largest of the Channel Islands. 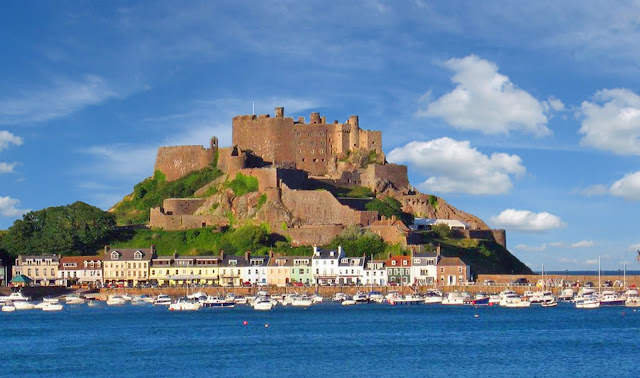