Singapore, officially the Republic of Singapore, is a southeast Asian city-state off the southern tip of the Malay Peninsula, 137 kilometres north of the equator. An island country made up of 63 islands, it is separated from Malaysia by the Straits of Johor to its north and from Indonesia's Riau Islands by the Singapore Strait to its south. The country is highly urbanised with very little primary rainforest remaining, although more land is being created for development through land reclamation. In terms of purchasing power parity, Singapore has the third highest per capita income in the world.

There are slightly over 5 million people in Singapore, of which 2.91 million were born locally. The population is highly diverse; the majority are Chinese, with Malays and Indians forming significant minorities. Reflecting this diversity, the country has four official languages: English, Chinese, Malay, and Tamil. One of the five founding members of the Association of South East Asian Nations, the country is also the host of the APEC Secretariat, and a member of the East Asia Summit, the Non-Aligned Movement, and the Commonwealth. 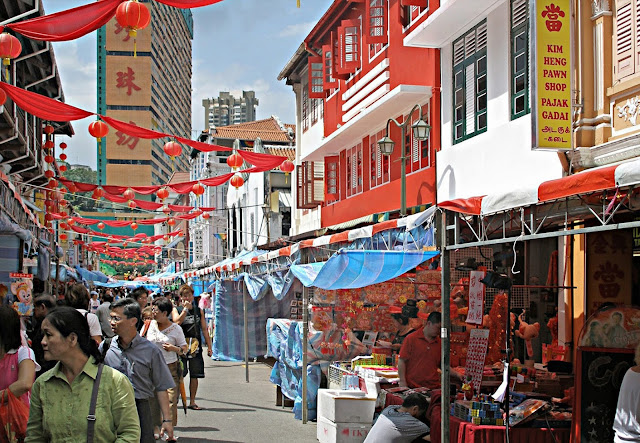 Posted by Melbourne Australia Photos at 15:17