The Scots' Church, a Presbyterian church in Melbourne, Australia, was the first Presbyterian Church to be built in the Port Phillip District (now the state of Victoria). It is located in Collins Street and is a congregation of the Presbyterian Church of Australia. It has been described as "an icon for well over a hundred years." The foundation stone of the first purpose built church building was laid on 22 January 1841 and it was opened on 3 October 1841.

It was designed to seat 500 and the contract sum was £2,485 without plastering, gallery, vestry or fittings. The building was opened with temporary seating. Plastering was carried out the following year, proper pews, gallery and vestry were added in 1849 and a spire some years later. The first church building was demolished partly because of concerns that the tower and spire would collapse after it developed huge cracks and became crooked. During the ministry of Rev Peter Menzies (1868–74) the building was too small for the congregation but in any case a building more suited to the site and the social position of the congregation was considered appropriate.

Construction of the current building took place between 1871 and 1874, during the ministry of Rev Irving Hetherington and his colleague Rev Peter Menzies, and was opened on 29 November 1874 with fixed seating for about 900. It was designed by Joseph Reed of the firm Reed and Barnes, and built by David Mitchell, the father of Dame Nellie Melba. Reed and Barnes also designed the Melbourne Town Hall, the State Library of Victoria, Trades Hall, the Royal Exhibition Building, the Wesley Church in Lonsdale Street, the original Presbyterian Ladies' College in East Melbourne, and Collins Street Independent Church, now St. Michael’s Uniting Church, on the opposite corner of Russell Street.

Scots' Church is in the Neo-Gothic style and built of Barrabool freestone, with dressings in Kakanui stone from New Zealand. During the last decades of the nineteenth century the spire of Scots' Church was the tallest structure in Melbourne at about 210 feet from the ground. The interior features the large stained glass window depicting the Last Supper, basalt aisle columns, timber beamed roof and an elevated floor for a good view of the pulpit.

Listening to Bach being played on the organ of this church is a breathtaking experience! Johann Sebastian Bach (31 March [O.S. 21 March] 1685 – 28 July 1750) was a German composer and musician of the Baroque period. He is known for instrumental compositions such as the Art of Fugue, the Brandenburg Concertos, and the Goldberg Variations, and for vocal music such as the St Matthew Passion and the Mass in B minor. Since the 19th-century Bach Revival he has been generally regarded as one of the greatest composers of the Western musical canon. Here you can listen to some organ music by Bach. 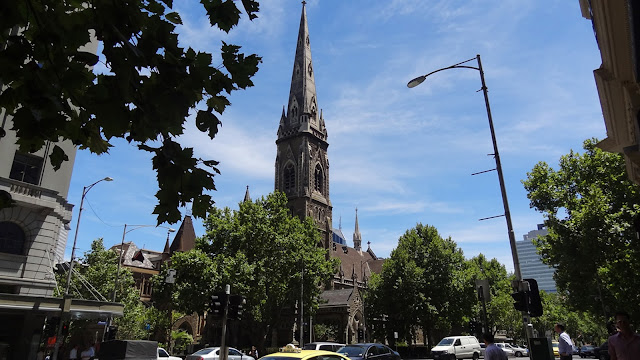 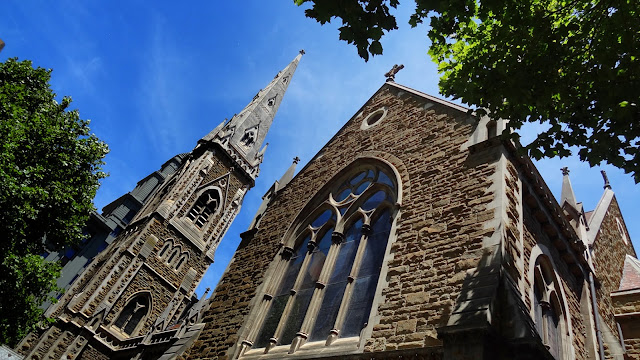 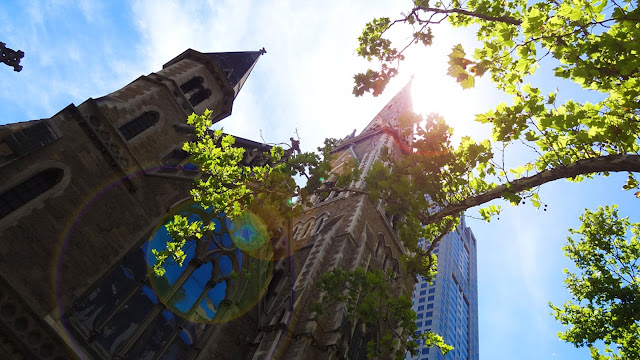 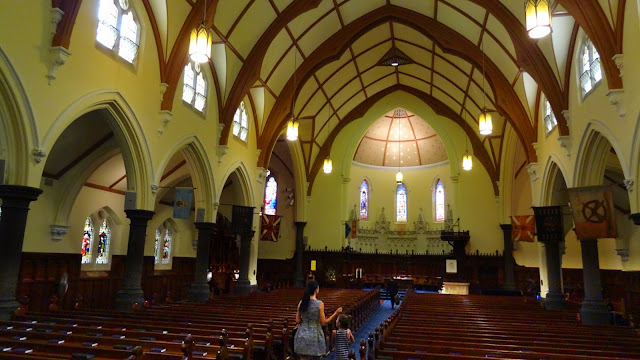 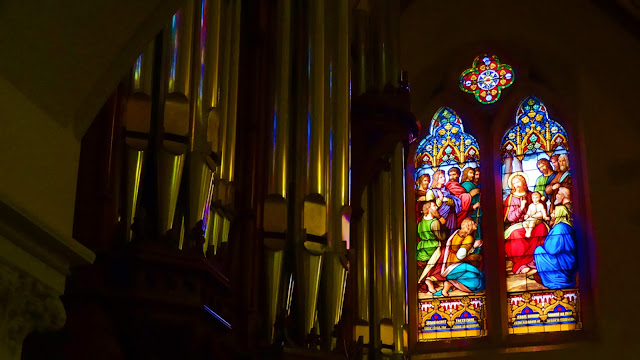 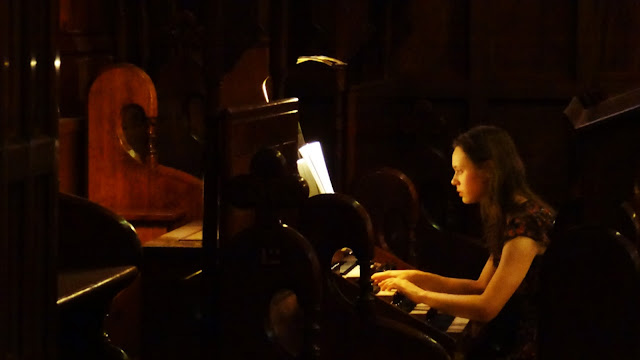 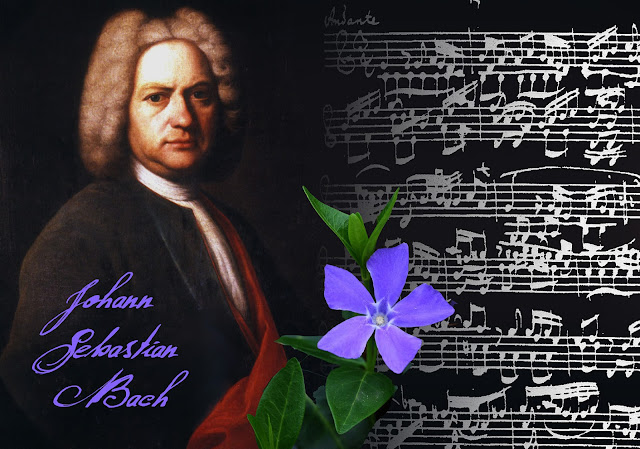 Posted by Melbourne Australia Photos at 13:30