The Seafarers Bridge is a footbridge over the Yarra River between Docklands and South Wharf in Melbourne, Victoria, Australia. The bridge connects the north and south banks of the river while providing a formal entrance to the Melbourne Convention and Exhibition Centre. The bridge main span is supported by steel ties connected to elliptical arches, with three arches on the north side and four arches on the south side. The bridge was named in homage to the ‘Mission to Seafarers’ centre located nearby on the northern bank of the Yarra River and to represent Melbourne’s rich maritime history. 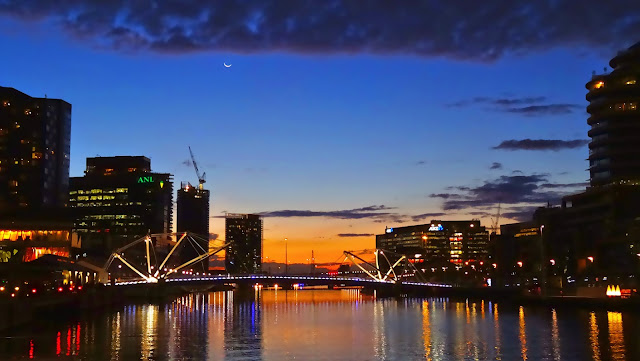 Posted by Melbourne Australia Photos at 16:55