Goodenia is a genus of about 200 species, almost all of which are confined to Australia although a few occur in the islands to the north. The genus gives its name to the Goodeniaceae family which includes several other well known genera including Lechenaultia, Dampiera and Scaevola. With a few exceptions goodenias, generally, are not widely cultivated despite the fact that most are small shrubs or herbs with colourful flowers and well suited to smaller gardens.

Goodenia ovata, commonly called the hop goodenia, is a flowering plant endemic to Australia. It grows in all states except Western Australia and the Northern Territory, near the coast as well as in drier inland areas. The plant is usually a fast-growing groundcover, though upright shrubby forms also exist. As a shrub it grows to about 2 m high. Goodenia ovata has glossy green ovate (oval) shaped, serrated leaves, and yellow flowers. It flowers for most of the year, but especially from October till March.

James Edward Smith named the species. The species name ovata refers to the oval leaves. It is a shrub that can reach 2 m high, with either an upright or spreading habit. The leaves are oval and slightly sticky, measuring 3–8 cm in length by 1–4 cm across. They have serrated margins and sit on 3 cm long petioles. Goodenia ovata grows on medium-nutrient clay soils derived from shale, as well as siltstone and sandstone, in areas of good drainage in a partly-shaded location in moist eucalypt forests alongside Themeda australis and under such trees as turpentine (Syncarpia glomulifera) or blackbutt (Eucalyptus pilularis), or in open forest under swamp oak (Casuarina glauca), forest red gum (Eucalyptus tereticornis), thin-leaved stringybark (E. eugenioides), or woollybutt (E. longifolia).

In cultivation, the species prefers a situation in part shade and with some moisture. It copes with a range of soil types and tolerates moderate frost. Fast-growing, it can be used as a "filler" plant in the garden. It is readily propagated by cuttings. This species is not widely cultivated as it is perceived to have a "weedy" growth habit. It tends to grow quickly and can become open and untidy. However, it responds well to hard pruning and is a good plant to use as a quick-growing "filler". A recent introduction is a completely prostrate form. This has a lot to offer as a quick growing and robust ground cover, although it does not tolerate extended dry conditions well. 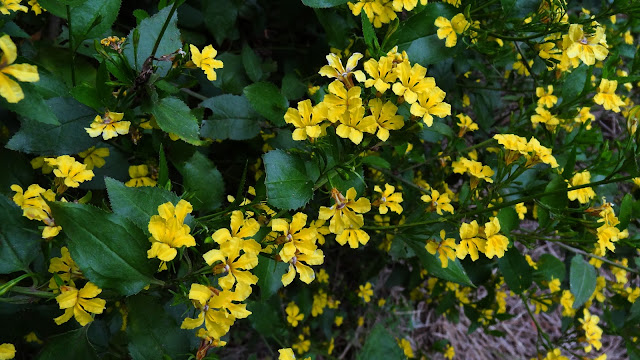 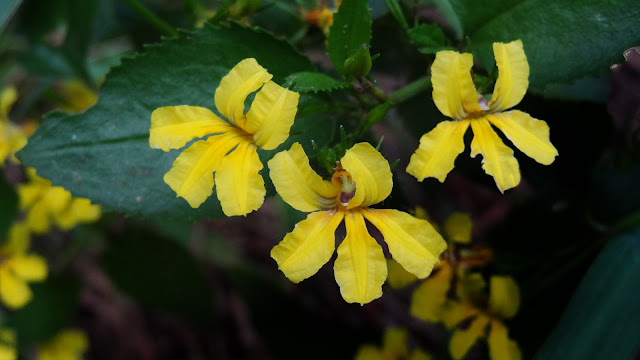