Soon after the British established a settlement near the mouth of the Singapore River in 1819, changes came to way the buildings were constructed in Singapore. Despite its small initial size, the new settlement had decidedly urban characteristics and ambitions. Merchants built their warehouses right next to each other along Boat Quay, which was the main port area. However, the close proximity of these buildings as well as the value of the goods stored within them, raised concerns about the threat of fire, especially given the flammable nature of the traditional building materials (timber floors and walls with thatch roofs).

Consequently, a switch was made within the first decade to build all urban buildings in brick masonry with clay tiled roofs, to reduce the fire hazard. Bricks and tiles were manufactured at kilns on the island, while the mortar and plaster used was made by grinding up corals from sea around Singapore. In the 19th century, two hybrid building typologies evolved in Singapore. While their origins can be traced elsewhere, these building types underwent significant local adaptation and modification before spreading regionally. As a result, they are Singapore's earliest known architectural innovations and exports. These hybrid building typologies were the shophouse and the black and white bungalow.

The old style shophouses are shops with one or more stories of living accommodation above it. These shophouses typically have a so-called five foot way which is a covered walkway located in front of the shop doors, with the upper floors shielding the pedestrians from the elements. The black and white bungalows were once the residences of the wealthy, colonial government officials or members of the British army. These buildings typically have whitewashed walls, and black painted wood or detailing. 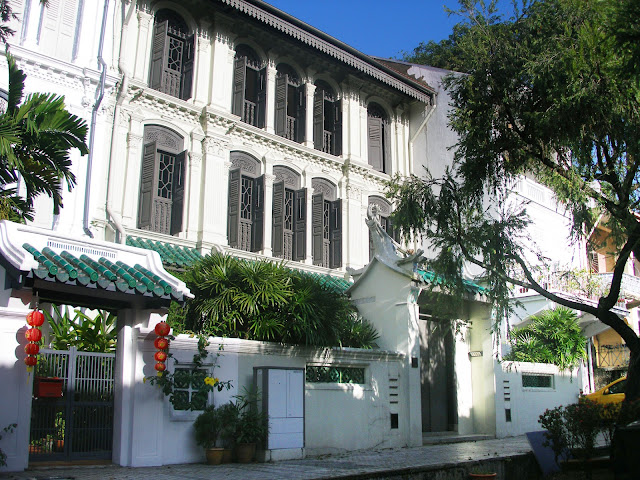 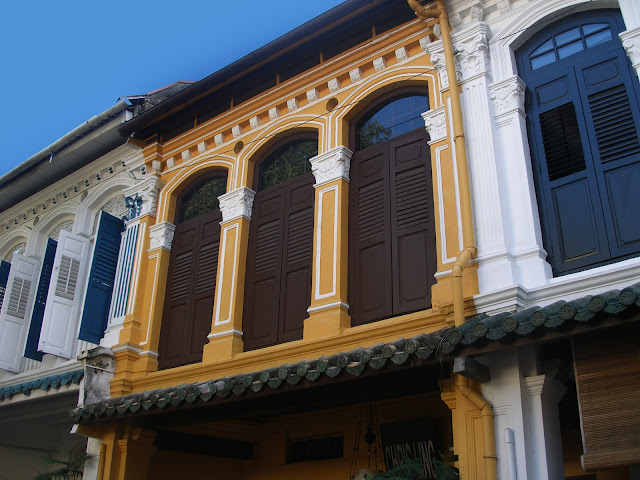 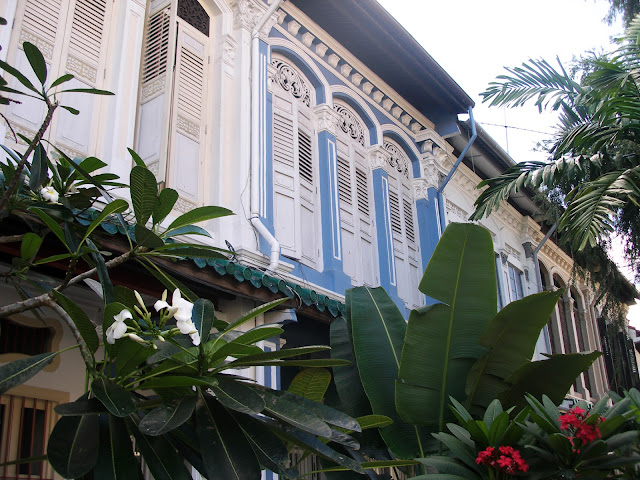 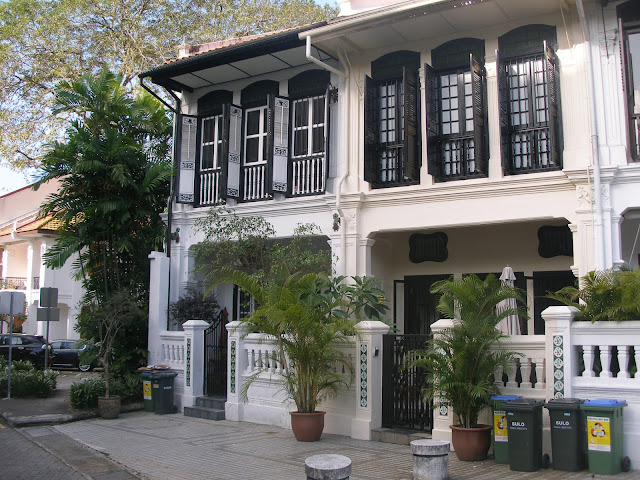 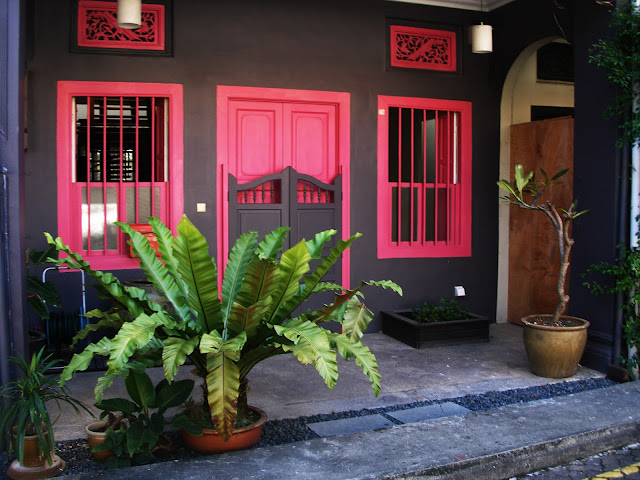 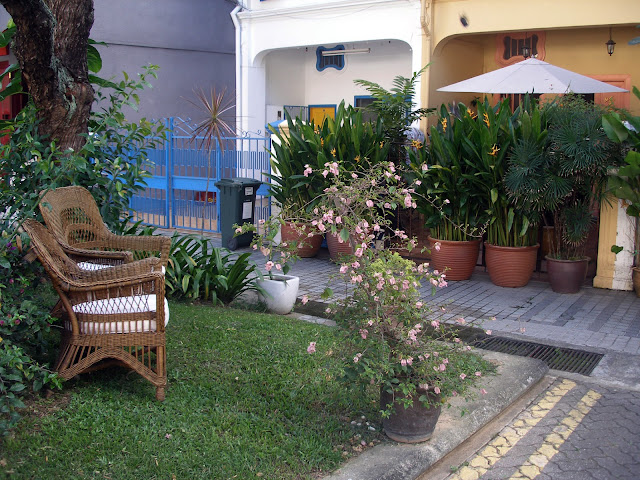 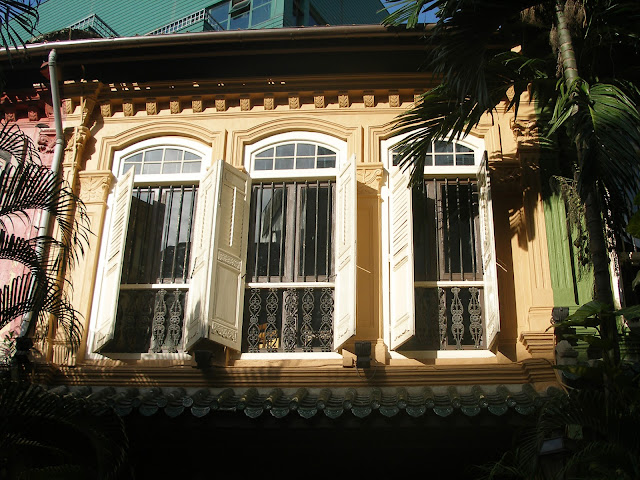 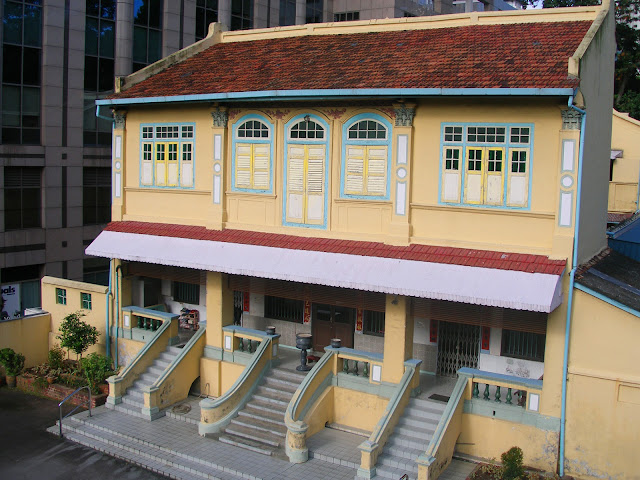 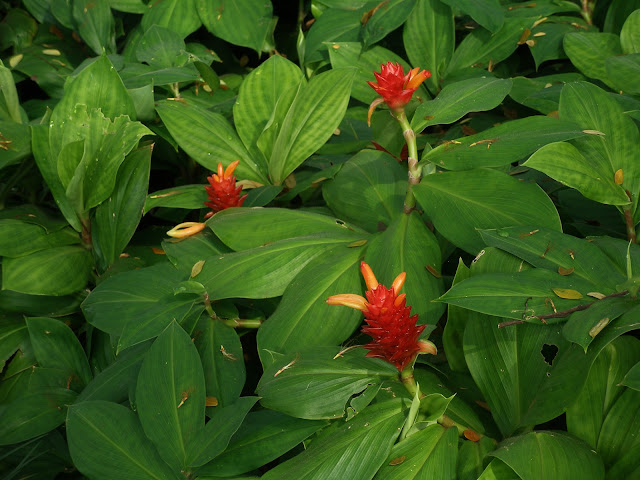 Posted by Melbourne Australia Photos at 16:52