Lake Burley Griffin is an artificial lake in the centre of Canberra, the capital of Australia. It was completed in 1963 after the Molonglo River (which ran between the city centre and Parliamentary Triangle) was dammed. It is named after Walter Burley Griffin, the American architect who won the competition to design the city of Canberra.

Griffin designed the lake with many geometric motifs, so that the axes of his design lined up with natural geographical landmarks in the area. However, government authorities changed his original plans and no substantial work was completed before he left Australia in 1920. His scheme remained unfulfilled as the Great Depression and World War II intervened, and it was not until the 1950s that planning resumed. After much political dispute over several proposed variations, excavation work began in 1960 with the energetic backing of Prime Minister Robert Menzies.

After the completion of the bridges and dams, the dams were locked in September 1963. However, a drought meant that the target water level was not reached until April 1964. It was formally inaugurated on 17 October 1964. The lake is located in the approximate geographic centre of the city, and is the centrepiece of the capital in accordance with Griffin's original designs.

Numerous important institutions, such as the National Gallery, National Museum, National Library, Australian National University and the High Court were built on its shores, and Parliament House is a short distance away. Its surrounds, consisting mainly of parklands, are popular with recreational users, particularly in the warmer months. Though swimming in the lake is uncommon, it is used for a wide variety of other activities, such as rowing, fishing, and sailing.

The lake is an ornamental body with a length of 11 kilometres; at its widest, it measures 1.2 kilometres. It has an average depth of 4 metres and a maximum depth of about 18 metres near the Scrivener Dam. Its flow is regulated by the 33-metre tall Scrivener Dam, designed to handle floods that occur once in 5,000 years. In times of drought, water levels can be maintained through the release of water from Googong Dam, located on an upstream tributary of the Molonglo River. 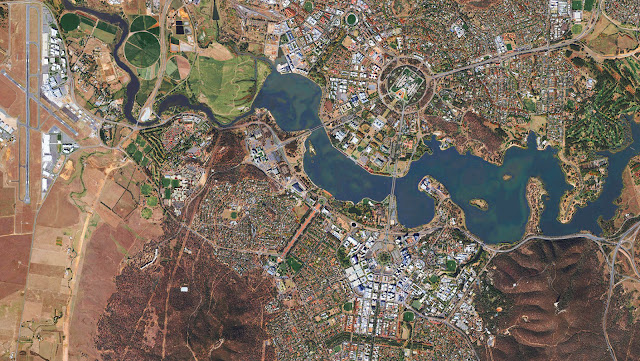 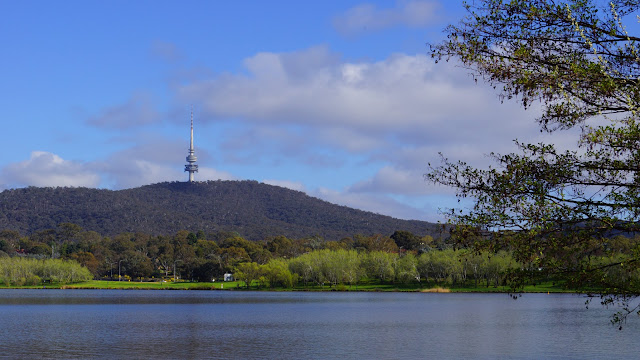 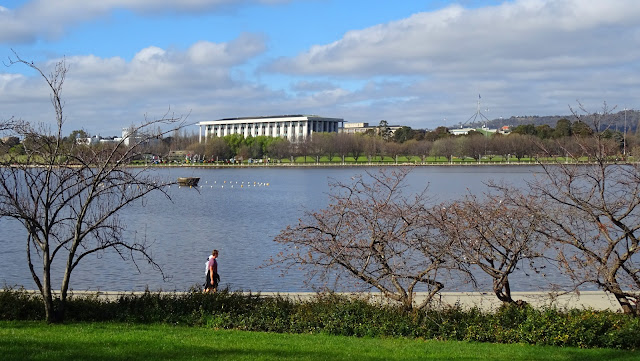