The Pacific black duck (Anas superciliosa), commonly known as the PBD, is a dabbling duck found in much of Indonesia, New Guinea, Australia, New Zealand, and many islands in the southwestern Pacific, reaching to the Caroline Islands in the north and French Polynesia in the east. It is usually called the grey duck in New Zealand, where it is also known by its Maori name, pārera. 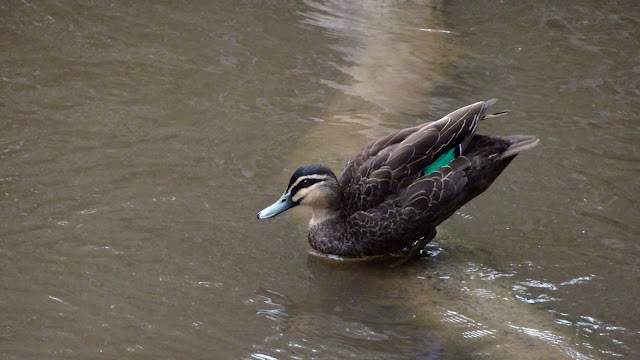 Posted by Melbourne Australia Photos at 16:14