Xylene (from Greek ξύλο, xylo, "wood"), xylol or dimethylbenzene is any one of three isomers of dimethylbenzene, or a combination thereof. With the formula (CH3)2C6H4, each of the three compounds has a central benzene ring with two methyl groups attached at substituents. They are all colourless, flammable liquids, some of which are of great industrial value. The mixture is referred to as both xylene and, more precisely, xylenes. 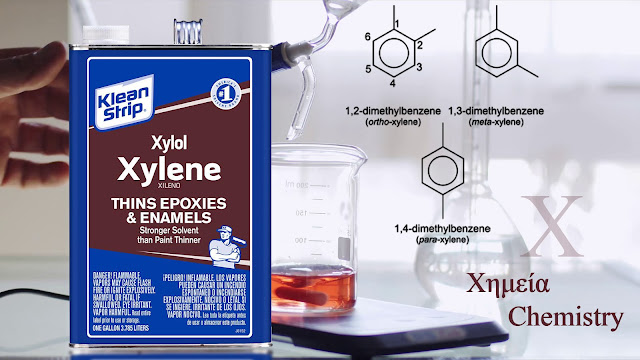