Goodenia ovata, commonly called the hop goodenia, is a flowering plant endemic to Australia. It grows in all states except Western Australia and the Northern Territory, near the coast as well as in drier inland areas. The plant is usually a fast-growing groundcover, though upright shrubby forms also exist. As a shrub it grows to about 2 m high. Goodenia ovata has glossy green ovate (oval) shaped leaves, and yellow flowers. It flowers for most of the year, but especially from October till March. 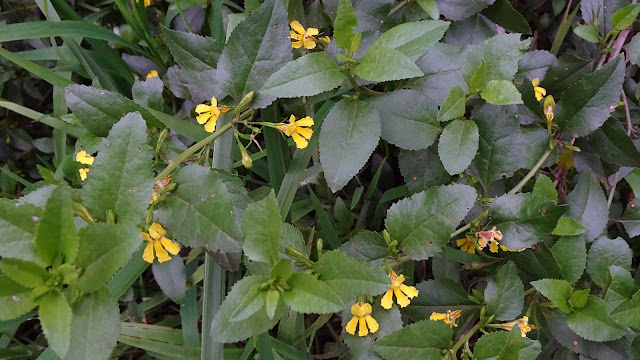 Posted by Melbourne Australia Photos at 17:19